School's out, school's out! Teacher let the monkeys out!

That is how I feel after the year from hell. My school has been in lots of turmoil as we went into special measures for being a failing school, lost our head teacher and gained a series of temporary heads while we wait to be turned into an academy. We're not out of the water yet, folks. So with a sigh of relief I plan to fully invest myself with fun this summer.

I've got plans for crafts--been making some Doctor Who themed jewellery--stay tuned for a tutorial--and plan on on doing lots of sewing projects --I bought an amazing book about making crafts from bits and bobs you get at charity shops. the book is called ReCraft and has amazing ideas from stuffed toys from old woolly jumpers to kitchen aprons and bunting from men's button up shirts. 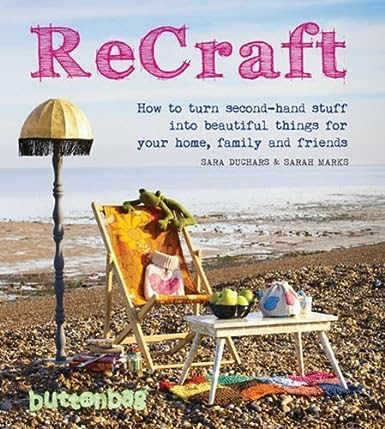 I've been seriously thinking of starting up and Etsy shop  to sell my creations if I get good enough. In the meantime, some friends and I have been debating about selling our crafts together on a table at the weekly craft fairs in our town. So I'll be looking into that.

I plan on inventing new recipes for cool weather eating--I am developing a variety of ice cream/frozen yogurt/sorbets to eat when it is hot made of whole foods and no weird chemical stuff. Stuff that looks like this:
﻿﻿
Although this week I think all ice cream will be frozen banana based as I got 26 very ripe spotty bananas at the greengrocer for £1 today as they were dying to get rid of them as they're closed on Sunday and they'd have to be binned at the end of the day. So I'm thinking chocolate and peanut butter flavour? Or coffee?

I am also memorising the words to a complicated song--i like to do this every few years as a mental agility challenge. In years past I've learned all the words to Paul Simon's You Can Call Me Al, Billy Joel's We Didn't Start the Fire and REM's It's The End of the World As We Know It.


This year the choice is Mitch Benn's I'm Proud of the BBC which you can watch the video for it here: http://www.youtube.com/watch?v=p3q2iZuU5WM

This awesome song lists a staggering number of BBC telly and radio programmes throughout history. How many can you recognise? It is especially poignant as BBC television centre as featured in the video has now closed and recording of BBC shows has been farmed out to various other studios.

I'll also be concentrating on my writing--I've been inspired recently to write a short story and I have a novel I wrote a few years ago whilst recovering from the horrible hysterectomy that I am editing. My friend Loren is always pushing me to "get myself out there" so I'll be trying sell some writing as well. Even if it doesn't pan it--it will be fun to write.

I've also had an idea about starting up a local chapter of Quaker Concern for Animals and some fun food based activities we could do. Over some good vegan food we could discuss some animal outreach ideas--our Meeting puts a wreath of purple poppies every year on the war memorial to commemorate animals who lost their lives in conflict--maybe other Meetings would like to do that as well.
﻿﻿
What are you doing with your summer?
Posted by Heather Tisdale at 05:39