Since we were reminiscing about summer camp in my last post, it is only fitting that I start with Phil Collins.

I liked Genesis (particularly Land of Confusion and Jesus he knows me) but i was really crazy about No Jacket Required. it is a phenomenal album with great songs like Sussudio and Don't Lose my Number. But I was particularly fond of the soppy ballad One More Night because of his heartfelt emotion in his voice. I used to listen to to it before i went to sleep to guarantee sweet dreams. But alas! The moment I arrived at camp they confiscated my beloved walkman and i had  to go without. My camp counsellor said it was because i would listen to it all the time and not tune in the world around me. I said i only wanted it before bed, but she still wouldn't give it back. However, each cabin had to do vespers and when it was our turn we used the cassettes i bought to go with our service. we played the Beatles All You Need is Love and this song--a song that still moves me today called Long, Long Way to Go.
Listen to it here:

I loved this new wave, post punk band, especially lead singer Richard Butler's distinctive voice. They reached some mainstream popularity with their song Pretty in Pink which was used in the 80's film of the same name.

I love it because it's a story song. We have either been this woman or known this woman and it is not a good place to be.
Here is the video with film footage. This version was rerecorded for the film and is slightly different from the original, but still good.  Don't forget to cream your knickers when Andrew McCarthy smiles at you.
Watch it here:
Fun fact: I modelled much of my clothing on the costumes from this film. Molly Ringwald was my fashion idol.
My other choice is another story song. It's called All of This and Nothing. It's a song that tells all that is left after a lover leaves/dies. Just useless ephemera like ticket stubs or shopping lists. All of this...and nothing. For ages i thought he was saying "a pocket full of bees" but thanks to google, I have found he is actually saying "a pocket full of beads" which makes so much more sense. There is a funny little sad intro before the main song.
Listen to it here:

Like everyone else in the 80's I fell in love with the song West End Girls and all the hits that followed. My favourite was probably Opportunities because it told a story.
Watch it here:
Interesting trivia: David Tennant (real name David McDonald)  of Dr Who fame chose the name Tennant as his stage name because of his love for the Pet Shop Boys lead singer Neil Tennant.

I loved them because they did a duet with Dusty Springfield and i spent hours of my childhood lip-syncing I Only Wanna Be With You into a hairbrush in front of the mirror. But they also did a version of Willie Nelson's You Were Always on my Mind that was quite good. But my other favourite song was a song called Rent that was later covered by Liza Minnelli.  It tells the story of a "kept" man (or woman) who is provided for  financially and contains the cynical line, "I love you, you pay my rent."  Watch it here:
Vocabulary: in case you didn't know the words "rent boy" mean a male prostitute in the UK.
The comedy band Raw Sex (the fantastic Simon Brint and Rowland Rivron) who often toured with French and Saunders do a fabulous parody of this song with the lyrics:
But you just stand behind me
With a TV and a keyboard
That someone has lent you
You're good at standing still
I'm quite good at singing
They love it
It pays our rent
Sadly, it is blocked for "copyright" reasons. Pooh pooh. But take my word for it, it was clever.

Have you ever misheard lyrics? Have you ever wanted a pocket full of bees?
Posted by Heather Tisdale at 23:23 1 comment:

Where to begin? I guess where it all started, back in my childhood with Peter, Paul and Mary.

Spiderman and I both grew up with PPM and we even were lucky enough to see them in concert in Baton Rouge in about 1997. I loved their close harmonies, their political songs, their folk-y songs, their story songs, the songs by Bob Dylan where the words sounded as good as the singing. No offence, Bob. At the age of 3 or 4 i am told I could sing all the words to Puff the Magic Dragon (which was NOT about drugs--all you cynical bastards shut up, ok?) except i reversed the words "life long friend" and sang it "long life friend" which is still pretty good for a small person, don't you agree? But my choices for PPM are the story songs. When we saw them in concert, this song was described in the intro as a swan ballad and i started bobbing up and down on the bleacher seats like a jackhammer as I knew what song was coming next. I adore a swan ballad (I refer you back to Loreena McKennitt and the Bonny Swans) and I recall telling my friend Danny about it when we were in high school. Danny I met in 6th grade choir and continued to sing together in the 7th grade, but i veered off into art for 8th and 9th grade and then speech and drama for 10th-12th. Danny stayed in choir. I recall asking him what they were singing and telling him they aught to be singing songs like Polly Vonn.
Listen to it here:
I mentioned that the Oyster Band did a version of this called Molly Bond. There are many versions, but this is my favourite.
My second choice is another story song. It is a song that haunted me as a child. What did he do? Why did he have a long chain on? It made me think of Dickens' A Christmas Carol--the bit where  Marley's ghost says "these are the chains I forged in life by my acts of greed." I was always touched by the grace of the man in chains and the kindness of the man who tried in vain to help him. The song is called Long Chain On.
Listen to it here:

My boyfriend Tim introduced me to Pink Floyd. We were both crazy about The Wall. I adore a concept album (see Melanie Martinez) because it's not just one song that tells a story, but the whole album.

The Wall is a perfect collection of songs made even better by a fabulously directed film with animation by Gerald Scarfe that makes you feel like your heart is being ripped from your chest as you watch. I borrowed this film so many times that from the local video shop that they had to replace their copy as i had worn it out. FACT. I would urge each and every one of you to see the film. It is a masterpiece of cinema. But i am not going to play a song from The Wall because if I did I would have to play every single one and we'd be here all day. I will, however, play for you some of my favourite early songs by them. One of the founding members of the band was called Syd Barrett. He is the writer of most of the songs off my second favourite album of theirs The Piper at the Gates of Dawn. Syd was influenced by Grimm's fairy tales as well the works of Tolkien and it shows in songs like Matilda Mother.
Listen to it here:
Sadly, Syd took a lot of drugs and had a breakdown (it was suspected he might have schizophrenia) and he never recovered. Pink Floyd's Shine on You Crazy Diamond was a tribute to Syd.  It makes other songs like Corporal  Clegg (from A Saucerful of Secrets) even more poignant.
Listen to it here:
This is the first song I ever heard that I really heard sounds coming out of two separate speakers. It is amazing over headphones. Try it that way and see if I'm wrong.
Interesting fact: I have known many people named Syd or Sid and all of them had problems of some sort or another. Don't name your child Syd/Sid.It is just asking for trouble.

I was crazy about them, especially their lead singer Tracy Tracy. I actually only know one song by them. But I was obsessed (obsessed I tell you!) with it. I used to stay up late watching 120 Minutes on MTV just holding my breath for a glimpse of of Tracy Tracy singing this song.  When I was home for school holidays from LC I made my mum stay up and watch 120 Minutes with me and quiz her on the bands. This was a good time for us. I wonder if you remember this one, mum? Crash.
Watch it here: 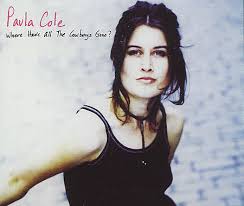 Again, I only knew a few songs by her. I saw the video for this song on MTV and I loved the story and the weird echoing sound effects--like some of it she sang close up and some she sang far away. Does that even make sense? It will. Plus i really liked her because she had armpit hair. 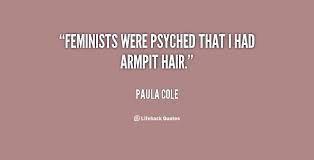 Where Have All the Cowboys Gone?
Watch it here:

I wasn't a huge obsessive fan of the Purple One like my friend Robin. But there were some songs that really spoke to me. We all went out and bought the 45 single for Let's Go Crazy because it had Erotic City on the B Side. Or was that just me, then? Robin introduced me to a short little ditty called Ronnie talk to Russia (before it's too late) which I can't find on youtube as most of the Purple One's songs are all muted and you can't hear the sound. (shakes fist) But the song I choose thankfully does have sound. It's not the official video, but it will suffice. I first heard When Doves Cry coming out of two weeks of Mountain Summer camp. They kept you technology free--no walkman's or radio--SOB! see my next post about how I couldn't sleep without listening to Phil Collins and they made me, the bastards) so piling in to a van and driving to the Atlanta airport to go home I heard this song. I was stunned by it. It is just one of those songs that really hits a nerve somehow.
Watch it here:
Later when i got back to Alexandria my friend Laura and i made up hand motions to this song. Alcohol may or may not have been involved.