If I Ran the Zoo


I mean, who as a child didn’t have dreams of being a zookeeper? Every hand should be up. Even I, with my allergies to every known furry creature dreamed of working with animals. I just pictured myself doing whilst wearing a protective face mask and an allergen proof space suit, that’s all.

For the last four years or so, my beloved Spiderman has been a volunteer zookeeper at the London Zoo. He lived his childhood dream of caring for God’s creatures. For several years he worked all over the zoo, talking to tourists about animals and their behaviours or giving them directions to where they wanted to go, but for the last year or so he has worked with the birds. Not The Birds as in the Alfred Hitchcock film where they attack and try to kill you (although he once received the “red badge of courage” from a feisty, female red and yellow barbet)

Sadly, because of our impending move to Wales (not Whales as so many of our American well-wishers have spelled it) his time at the Zoo has ended.

He was able to get some goodbye pictures with some penguins that he was especially close to.

Here he is with Puddle the Penguin who has an affection for all things human as he was hand reared as a chick. He loves to cuddle up and get a scritchy-scratch under the chin.

Warning do not try this at home.


Or at the Zoo. (Unless you are a keeper and a friend.) 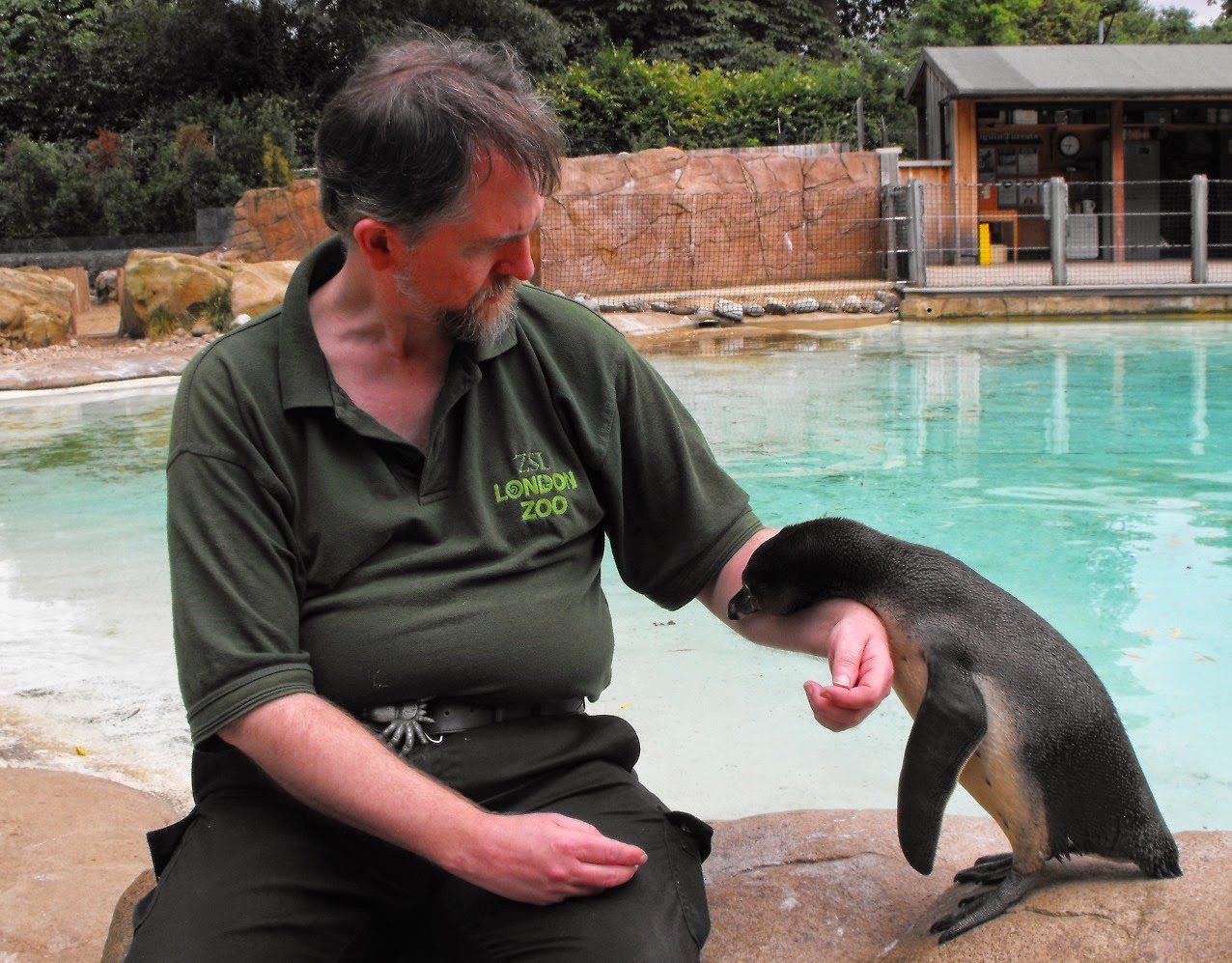 Here they are sharing a sweet and tender moment of goodbye together whist being “photo bombed” by the very curious Reggie. 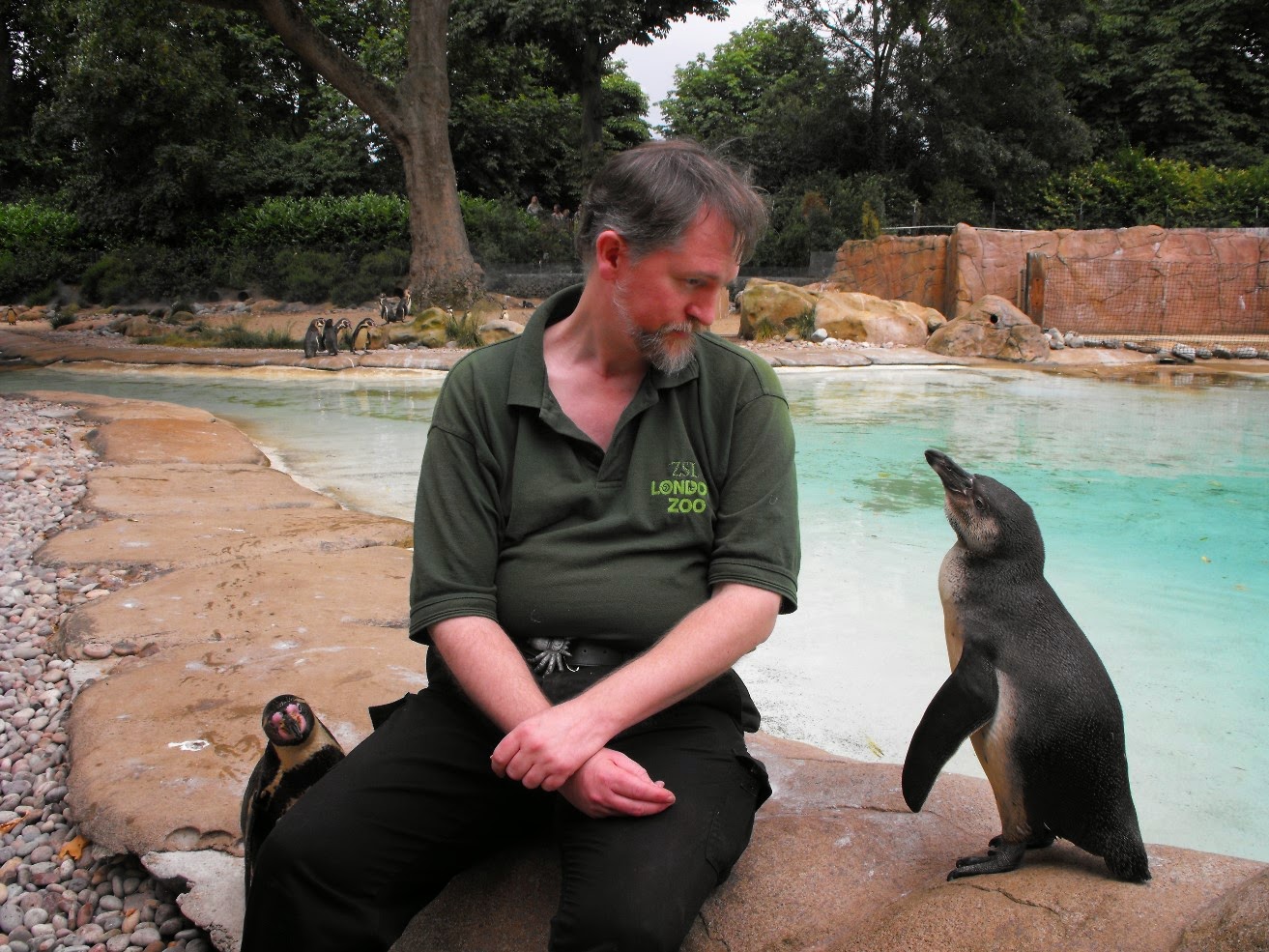 Lastly, here are some fuzzy chicks just about two months old. They still have much of their grey downy feathers and look a bit scruffy, but that’s just like being a teenager and having spots.

It’s all part of growing up. 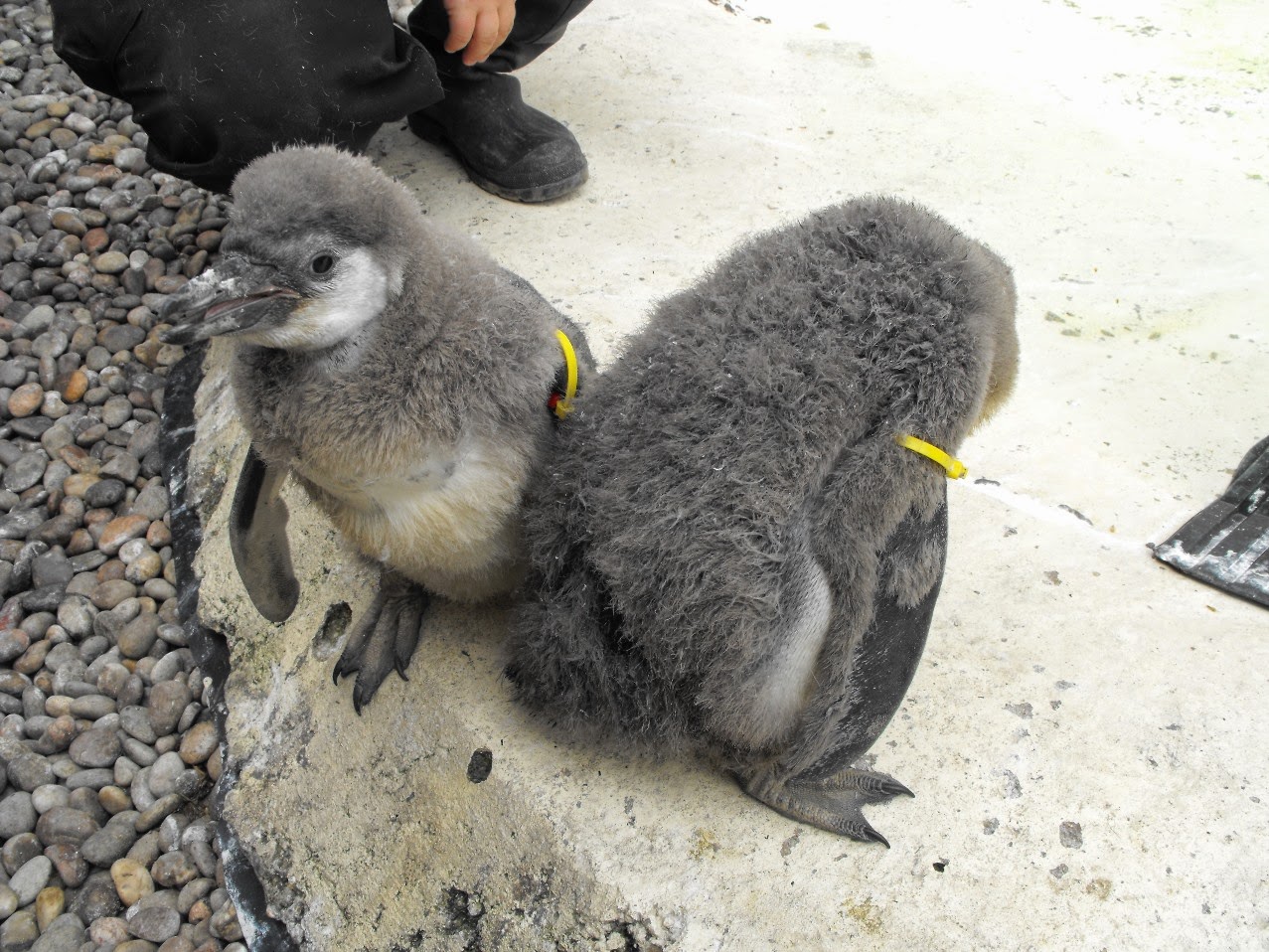 I am so glad he has had the opportunity to do something he has always dreamed about, especially since my allergies prevent us from having lots of pets. (Spiderman swears after I die he’s getting a dachshund farm)

There’s always the Red Kite reserve outside Lampeter in Wales.

We have some exciting news we wanted to share with you.


As you know, ten years ago we took a leap of faith and set out together for a new life in a new country with only six suitcases.

Well……we thought we’d have a go at another country so we’re moving to Wales --this time with way more than six suitcases!

Spiderman has just gotten the most amazingly interesting position with the University of Wales as an archivist for the Alister Hardy Religious Research Centre on the Lampeter campus of Trinity St David as well as some reference work (like he did when he worked at the LC Library) on the sister campus in the neighbouring town of Carmarthen . We’ll be moving end of August so he can take up his new post in September! I’ll be looking for work once we get there--just like I did when we moved to Hitchin. I’m confident there will be something inspiring out there for me as well.


The Welsh Quilt Centre is in Lampeter.

The last ten years in England have been wonderful. We could not have asked for a better place to live, but Wales is so lovely and green and full of wildlife. There‘s a Puffin reserve fairly close by!!!!
Do you remember that children’s poem?

.There once was a puffin


Just the shape of a muffin


And he lived on an island in the


Going to Wales will give us a chance for new adventures and experiences and a new language! Yes, we will be learning Welsh! Wales is a bilingual country --everything is labelled in both Welsh and English the same way Quebec is in French and English.  Most people speak a mixture of both languages so we‘re trying to learn some basic phrases now and then we‘ll take a class at the University to learn more when we get there.

We have thought about this prayerfully and deeply with some tears, lots of hugs and many  late night talks, but this just feels right. Like moving to England felt right. Terrifying, but exhilarating.

Live adventurously. When choices arise, do you take the way that offers the fullest opportunity for the use of your gifts in the service of God and the community? Let your life speak. When decisions have to be made, are you ready to join in with others in seeking clearness, asking for God’s guidance and offering counsel to one another?

So the adventure continues!