We have a ritual. Every morning I wake up and say, "I had a dream last night"  and Spiderman replies, "No you didn't."

This is because he knows without a shadow of a doubt that I have dreamed some weirdo dream. I have very vivid dreams and I remember nearly every one.

This latest dream was no doubt inspired by watching too many episodes in our boxset of the charming telly series Lark Rise to Candleford.

Do you know this sweet and gentle programme? I am besotted with it. I have read the books that it is based on twice (a trilogy, beautifully written by Flora Thompson that describe people and places and life in the late 19th century. Her semi autobiographical novels perfectly capture rural life as is is slowly taken over by "progress" and mechanisation as our heroine Laura Timmins moves from the small hamlet of Larkrise to the neighbouring market town of Candleford to work as an assistant to the post mistress Dorcas Lane.)

Well in my dream I had been doing a lot of baking and bringing my treats to work. Not so unusual. The sweets were always well received and snaffled up by people who kept exclaiming "This is so delicious! I can't believe it is vegan!"  Again, not unusual. But then suddenly I was in the Candleford Post Office. It seems I work in the Candleford Post Office. OK, not quite so usual. 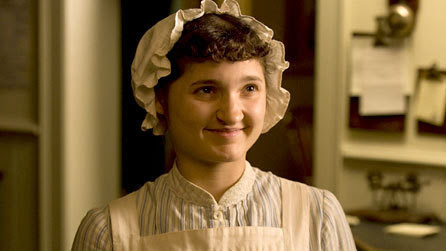 I bring in a batch of my brownies that always get raves when Minnie the maid  tells me there won't be a need for them.

Me: But why? You love my brownies.
Minnie:  I know but we don't need your brownies because Miss Lane has baked a cake. 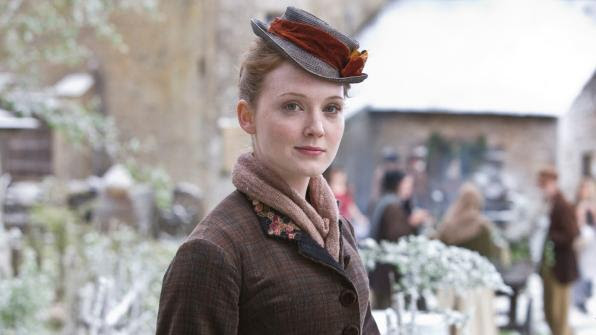 Me: you love my cake. you told me so. Why won't you eat my brownies?
Dorcas: I am afraid that is is just not possible now that we know they aren't real. Which is rather a shame because cake is my one weakness. My own cakes often contain up to a dozen eggs. Now if you will excuse me I need to go and make calve's foot jelly. (seriously, a real thing. How do you think jell-o is made?) Then God-fearing postman Thomas Brown appeared.
Thomas:(crams a brownie in his mouth) Well, I for one never noticed the lack of butter or eggs in Miss Heather's baked goods. ma'am. They all taste good with a cup of tea.
Me: Thank you Thomas. 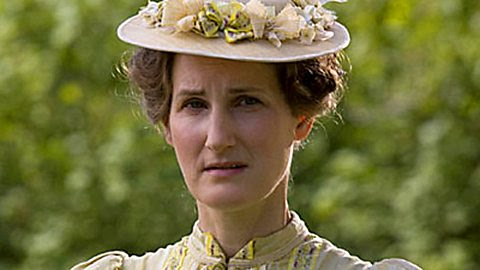 Then his timid wife Margaret Brown appears.
Margaret: I had noticed a lack of butteryness in the baked good, but did not want to say for fear of causing offence.

This is when I lost it. I decided I would bake a spectacular cake, a cake like no other and enter it in the annual autumn fair that was conveniently happening on the weekend. I decided on a chocolate cherry cake.  it would be made like my well received marmalade cake but with cherry preserves mixed in.  It would have dried cherries and chunks of chocolate and a rich chocolate frosting. I would win the baking competition and then everyone from Larkrise to Candleford would know that vegan baking is real baking. 19th century or not.

But then, this is when things started to get weird. (more weird, I suppose I should say.)

Inexplicably, my oven was located in the back yard of my childhood home. Yes, literally in the middle of my back yard. Not a plug in sight. But somehow I am able to heat it up. I am having to do all my cooking outside and am concerned about pollen falling in my cake batter. I manage to make a spectacular looking batter that needs to get into the oven straightway to let the vinegar react with the baking soda so it will rise and when I open the oven it i full of stuff. Seriously. All this old metal work. Old dented pots and pans, bits if wrought iron. Dorcas Lane also owns the forge where blacksmithing is done as well as the Post Office and so I suspect sabotage. I rant and rail and try to pull all these oddments of metal out of the oven (being metal they are frightfully hot and I don't seem to have any oven gloves. i am using a large palm leaf instead) and by the time i get everything out the oven is cold and the cake has sunk and I am in no way going to win the baking contest.

it is then I wake up.

Glad to not be a vegan in the 19th century (were there even vegans in the 19th century? there were vegetarians, but vegans?)  I decided to make the cake.  I made a delicious gluten free chocolate cake with 4 TB cherry preserves and a half cup of dried cranberries that were flavoured with pomegranate juice and frosted it with a rich and creamy chocolate frosting.

It is, no matter what Candleford folk say, a real cake.

Posted by Heather Tisdale at 06:27