I know I mentioned the 23 book shops, but did I also mention there were antique shops? Yes there were. So many places to potter around, so little time.

Things were pretty laid back in Hay and most shops didn’t open until 10:00 or 11:00am so it gave us plenty of time to be lazy and have a bit of a lie in (as long as my back would allow it) and then lie about on the sofa reading until closer to the opening times which was fine with me. Holidays are made for lying about with a book in your hand.

We went to between one and three shops each morning and then home for a spot of lunch and then back out to a few more shops. Perfect day. Some shops were tiny, but most were *massive*--like the TARDIS--much bigger looking on the inside. They just went on…and on…and on…each time you thought you were finished there was another room full of books.

The shops were also bloody freezing the further back you got. The front room often had windows and a bit of sun warmed the room up. The owner would sit by the window with a 3 bar electric fire and keep themselves toasty whilst the customer would trudge deeper into Antarctica looking at books. I didn’t mind really--we were both bundled up with thermals and coats and hats and gloves so you only felt the chill when you had to take off your gloves to thumb through a book.

Even though we set ourselves limits we still came back with a suitcase full of books. In the past, we would buy any thing that struck our fancy but space is more precious here and we really only buy books that are worth keeping and re-looking at. We have categories of books that are of interest to us and for the most part we stuck to it. These categories include:

We did allow for some cheap, disposable holiday reads for fun--a few mysteries and a cheap paperback of The Christian Way to Raise Your Children (that’s not the actual title--but it was something like that) that I got for 50p. I bought it mostly so I could tut and I did a lot of tutting, particularly in the chapter on discipline which recommended beating your child with a wooden implement--you could choose something as low key as a wooden spoon they recommended a wooden paddle inscribed with To (child’s name) with love so that every time you beat your child they would know you were doing it out of love.  Also if your child showed anger after a beating, you were to beat them again straight away and tell them this beating was because they were angry and then  you could lovingly embrace them.  I did so much tutting in the chapter I sounded like a pigeon in tap shoes. Tk tk tk tk tk. In the end I said I wouldn’t wipe my arse with it and wouldn’t want anyone else to read it and think all Christians were child abusing nut jobs so we recycled it rather than put it back in circulation.

So which shops did we go to? Well…the first place we went was one called  Rose’s Books and specialised in rare and out of print children’s illustrated books. Yeah…we spent most of our money here. 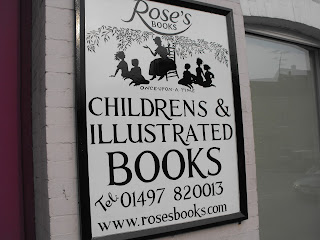 This shop was full of wonderful illustrated books--it had a whole room on fairy tales and legends. We ended up with a rare copy of a Fairy Tales, retold and illustrated by BB (the pen name of Denys Watkins Pitchford) and a total of three (count ‘em three) different illustrated version of Anderson’s Fairy Tales--which all included lesser know stories like my favourite The Shirt Collar (about a collar who fancies himself a ladies man and is always flirting with the other household objects. For example he tells the scissors that she must be a prima ballerina on account of the way she can spread her legs. When she rejects him he proposes to the comb--who at least still has all her own teeth.) and also the Darning Needle who gets eyes above her station and tells everyone she was actually a broach pin. Anyway we got illustrated books by Edward Ardizzone, Kay Nielson and Chris Riddell.

We also got a signed copy of Betsy Byars The Pinballs (illustrated by Shirley Hughes--the next time she’s at the Illustration Cupboard we’ll get her to sign it as well.)  This was a favourite book of my childhood about 3 children in a foster home--I spent many hours as a child pretending to be a sad orphan so I was pleased to have a signed copy. It is a wee bit dated (they watch Tony Orlando and Dawn on the telly) but I still loved it.

Lastly, we managed to score a really old fashioned illustrated abridged Wizard of Oz from the 1950s which was clearly influenced by the original WW Denslow illustrations but there were some changes as well. 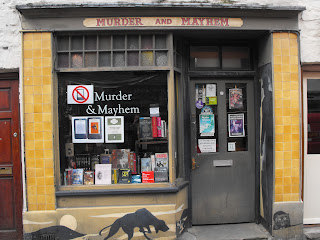 Another shop we spent quite a bit time in was this one. Murder and Mayhem. Just what it says on the sign. A shop filed with mystery and horror books. Outside had a silhouette of the Hound of the Baskervilles and inside had a chalk outline of a dead body on the floor. What fun. I picked up a few easy reads like a Daisy Dalrymple mystery set in the 1920s which reads like PG Wodehouse’s Jeeves and Wooster if they were amateur detectives. A cracking bit of fluff I read and left behind for someone else to enjoy. 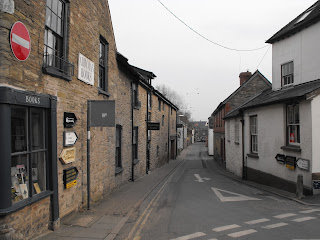 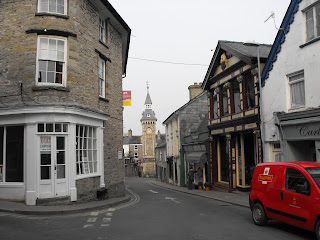 We also picked up an interesting book on the Victorian language of flowers as exhibited in Pre-Raphaelite paintings. This is a complicated language and the Pre-Raphs were sticklers for every detail. You will never just find some generic flowers and a wash of green to represent grass. No ,no, no, no, no, no. Every blade of grass will be rendered individually and each flower have specific meaning. I also found a fascinated books called  Tell Me, Pretty Maiden about nudity in Victorian and Edwardian times. There were many chapters on the Pre-Raphs who used nudity in their artwork--particularly in painting classical scenes where you might be wearing a toga. I also have a small collection of Victorian erotica and this compliments that nicely. As I am a hairy fairy (I don’t shave my legs or under my arms) neither did many Victorian women even thought they were rendered hairless in classical art, but not in my erotic photos. The most famous patron of the Pre-Raphs John Ruskin was so disgusted by the body hair on his wife because she did not look like the statues he had seen he refused to consummate their marriage and she eventually divorced him and married the painter John Millais. Spiderman and I have a theory about Victorian art--the test on whether something is art or pornography. One breast--art--both breasts porn. It doesn’t always work--but you’d be surprised how much this works for Victorian paintings. 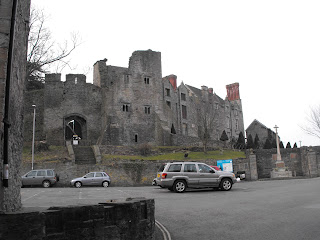 The castle was lovely and lots of interesting shops around it as well as a whole slew of books that were £1 hardback, 50p paperback and an honesty box. There were out in all weathers under a small roof and so some were not in good shape but hey--for that price it didn’t matter. They made good fluff reading. We saw what seemed to be the entire collection of the works of PD James…in French. Go figure.

I found a friendly brightly coloured book of Nursery Rhymes for a little guy I know who has a birthday coming up. Then at another bookshops they were giving away a free board book with every purchase so Spiderman and I were sneaky and queued separately and got 2 more toddler friendly books for my little friend. Happy birthday Pavel!

We also bought a good book about spiders and I got The Pig That Sang To The Moon--the emotional life of farm animals which is fascinating--it is a real study of the complex array of emotions and behaviours that animals have. I cannot see how anyone who read this could eat another sentient being with feelings  and emotions. I rejected a very interesting book about women and theology--helping to make your church more gender inclusive--because I am in a denomination that is gender equal. Quakers believe everyone--male, female, black white, straight, gay, transgender--are equal and always have. I feel lucky to be part of such a wonderful worshiping tradition. 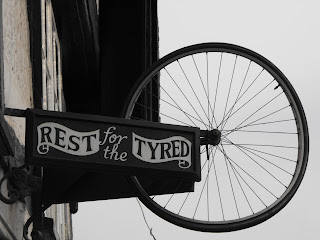 Lastly, this was not a bookshop but I just loved the pun on the sign. Because after a day nosing around bookshops, I was!

Posted by Heather Tisdale at 02:55