For the last few weeks we have been looking at animated versions of Little Red Riding Hood. They have all featured an over-sexualised heroine and either an oversexed wolf, grandmother or both.

This week makes a pleasant departure from that degrading style of work. I stumbled on this version quite by accident when looking for new versions of our tale. It is part of a series entitled Fixed Fairy Tales made by HISHE KIDS.  HISHE stands for How It Should Have Ended. 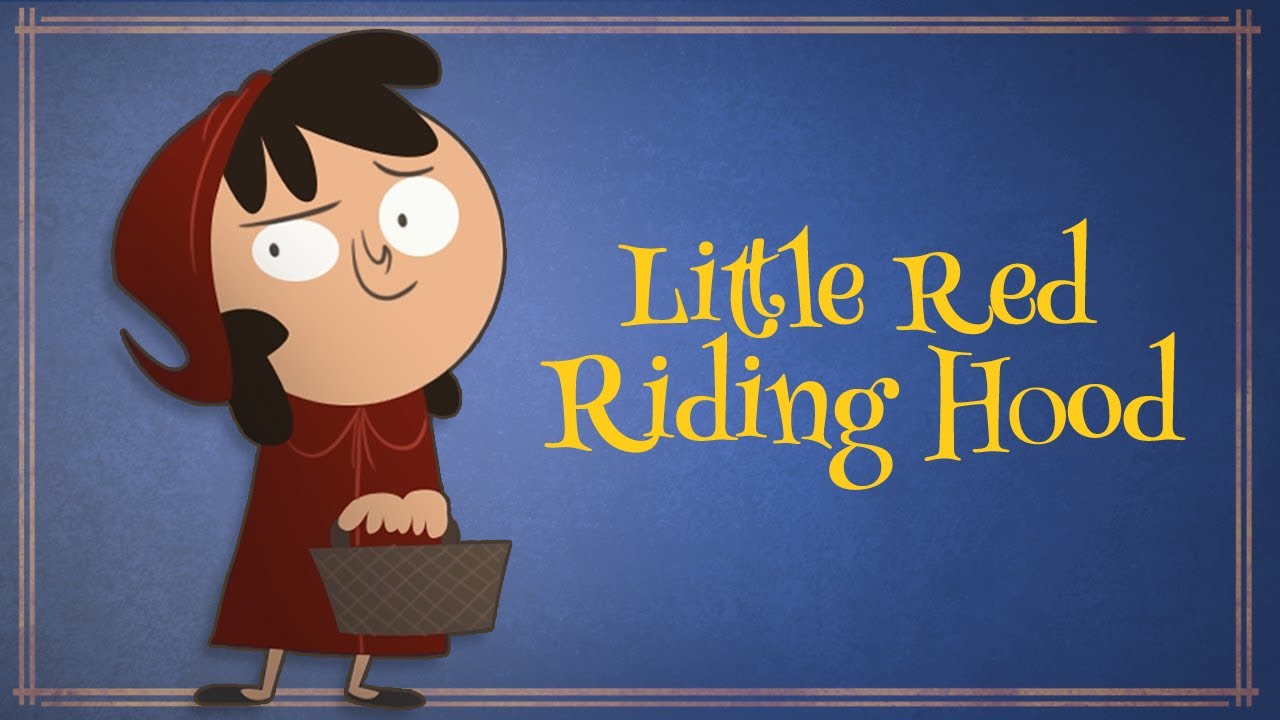 This delightful tale is narrated by a wise but slightly sarcastic owl named Vincent Featherbottom, the story changing owl. He begins with:

I liked this film from the start as it was a fresh approach and we do often tire of hearing the same story over and over. I was curious to see how the alternate ending would play out and I was not disappointed.

I got my first laugh as the wolf finishes picking his nose and declares not only can he smell a little girl, but he can smell her hooded cape and the Red Dye Number 40 used to make it red. Little Red, knowing how crafty wolves can be comes up with a clever plan on her own to outsmart the wolf that ties into another fairy tale. She completely spins a tale, exaggerating the feebleness of her poorly grandmother, which only makes the ending funnier. She then proceeds to use a variety of puns as she talks to the unsuspecting wolf which completely build to a huge crescendo and she spells out her plans right in front of him in the form of a joke and he is too thick to get it. She cleverly sends him away in the wrong direction (towards the house of the Three Bears) and safely arrives at her destination.

It ends with our narrator the owl saying :

And Little Red Riding Hood happily enjoyed muffins with her grandmother, who got well soon after.  All because Red Riding Hood was a smart and practical girl who knew that wolves were dangerous and can't be trusted. The moral? Always give wolves bad directions. Always. The end.

I liked this version because our protagonist is witty and clever. She outsmarts the wolf on her own and doesn't need to be rescued by a male woodcutter. She reminds me of Dorothy in the Wizard of Oz. In the books Dorothy is a child of around seven years old and is brave and clever and resourceful and just gets on with things. She's out there killing the witch and saving her male friends not a sobbing teenager who is waiting for a man to come and save her as she's portrayed in the 1939 film.

I thoroughly enjoyed this Fixed Fairy Tale, as well as others on their channel.

That's all for this week. Stay tuned next week for a strange black and white art film starring Christina Ricci that harks back to one of our earliest versions of Little Red Riding Hood.

Posted by Heather Tisdale at 08:36