This week we move outwards towards the Highlands to look at a tale from Scotland entitled The Sharp Grey Sheep. It was collected by JF Campbell from a labourer named John Dewar from Glendaruail [Glendaruel], Cowal and published in Popular tales of the West Highlands: Orally collected, vol 2 in 1860.

This story is the first of ones we will look at where the Prince and the ill-treated maiden meet at church and not at a ball. This is also a version where the magical helper is not human. In Ye Shen, it was a golden fish. In this tale, because it is set in Scotland, it is a sheep. I find it most interesting that this tale does not have a reference to our heroine in the title, but instead refers to her magical helper.

Most stories emphasise the dirty quality of our protagonist (Cinder Maid, Ash Girl etc) but this one specifically talks about denying her food. The stepmother purposely does not give her enough to eat and forces her out in all weathers like a common labourer to tend the sheep in the field. In this tale the new Queen conspires with the henwife and her daughter whose name translates as Bald Scabby Thing to spy on the young girl to find out how she is getting food.

The starving girl is brought meat by a sharp (horned) grey sheep. It is not clear where the meat comes from and it seems slightly perverse for a sheep to bring meat which most likely is lamb. Perhaps the word meat merely means food like the King James Version translation of Genesis 1:29 where it says:

And God said, Behold, I have given you every herb bearing seed, which is upon the face of all the earth, and every tree, in the which is the fruit of a tree yielding seed; to you it shall be for meat.

As in Ye Shen, our magical animal is slain by the evil stepmother, but the bones continue to work magic in the girl’s life due to her kind nature.

The idea of a henwife is interesting to me. I looked it up and the literal definition was “A woman who keeps poultry,” but there is so much more to it than that. The henwife was often the wise woman of the village, a seer or herbalist. You can read a really interesting article about the role of the henwife {HERE}.
Last week’s version of the Cinder Maid was very clear that our protagonist has a chance with the Prince despite being dirty due to her noble birth. In this tale, the Prince sees her tending the sheep and is entranced by her beauty. Clearly, there are less class issues in Scotland. After the Queen sends her own daughter out in the field as a shepherdess to be noticed by the Prince, our heroine (who is never named simply called “the daughter of the first Queen”) is made to take on the traditional role of cooking and cleaning. The Prince sees her and again is entranced and wants to meet her a church—a place where decent folk may socialise. Three times she attends church and catches his eye but rushes away before her stepmother and stepsister come home.
As you would expect she loses a shoe. The henwife advises the new Queen to “cut the points” from her daughter’s toes to make the shoe fit. This version gets all the way to the wedding day before a bird says that this is the false bride with a shoe full of blood and the true bride is home by the fire. It is also the ONLY version I have read that deals with something that has bothered me all my life. No other version seems to mention cleaning the blood out of the shoe, but would you not find it repulsive to try on a shoe filled with someone else’s blood? Thankfully, this version does deal with that saying:
They cleaned the blood out of the other shoe, and they tried it on her, and the shoe fitted her. 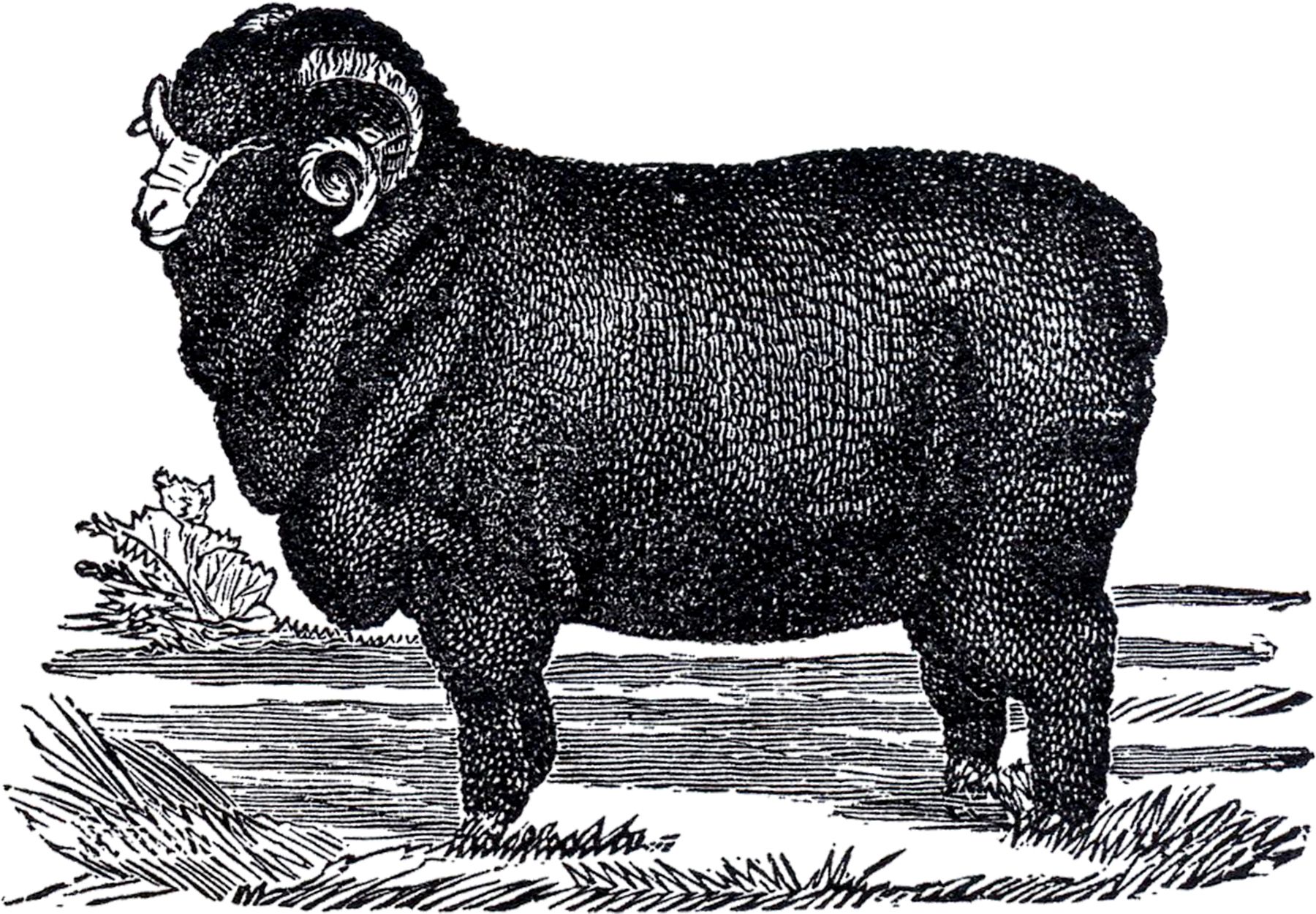 There was a king and a queen, and they had a daughter, and the queen found death, and the king married another. And the last queen was bad to the daughter of the first queen, and she used to beat her and put her out of the door. She sent her to herd the sheep and was not giving her what should suffice her. And there was a sharp (horned) grey sheep in the flock that was coming with meat to her.
The queen was taking wonder that she was keeping alive and that she was not getting meat enough from herself, and she told it to the henwife. The henwife thought that she would send her own daughter to watch how she was getting meat, and Ni Mhaol Charach [Bald Scabby Thing], the henwife's daughter, went to herd the sheep with the queen's daughter. The sheep would not come to her so long as Ni Mhaol Charach was there, and Ni Mhaol Charach was staying all the day with her.

The queen's daughter was longing for her meat, and she said, "Set thy head on my knee, and I will dress thy hair."

And Ni Mhaol Charach set her head on the knee of the queen's daughter, and she slept.

The sheep came with meat to the queen's daughter, but the eye that was in the back of the head of the bald black-skinned girl, the henwife's daughter, was open, and she saw all that went on, and when she awoke she went home and told it to her mother, and the henwife told it to the queen, and when the queen understood how the girl was getting meat, nothing at all would serve her but that the sheep should be killed.

The sheep was killed, and the queen's daughter stole her skin, and she gathered her bones and her hoofs, and she rolled them in the skin; but she forgot the little hoofs. The sheep came alive again, but she was lame.

She came to the king's daughter with a halting step, and she said, "Thou didst as I desired thee, but thou hast forgotten the little hoofs."

And she was keeping her in meat after that.

There was a young prince who was hunting and coming often past her, and he saw how pretty she was, and he asked, "Who's she?"

And they told him, and he took love for her, and he was often coming the way; but the bald black-skinned girl, the henwife's daughter, took notice of him, and she told it to her mother, and the henwife told it to the queen.

The queen was wishful to get knowledge what man it was, and the henwife sought till she found out whom he (was), and she told the queen. When the queen heard who it was, she was wishful to send her own daughter in his way, and she brought in the first queen's daughter, and she set her own daughter to herd in her place, and she was making the daughter of the first queen do the cooking and every service about the house.

The first queen's daughter was out a turn, and the prince met her, and he gave her a pair of golden shoes. And he was wishful to see her at the sermon, but her muime [stepmother] would not let her go there.

But when the rest would go, she would make ready, and she would go after them, and she would sit where he might see her, but she would rise and go before the people would scatter, and she would be at the house and everything in order before her muime would come. But the third time she was there the prince was wishful to go with her, and he sat near to the door, and when she went, he was keeping an eye on her, and he rose and went after her. She was running home, and she lost one of her shoes in the mud; and he got the shoe, and because he could not see her, he said that the one who had the foot that would fit the shoe was the wife that would be his.

When the wedding day came the daughter of the first queen was set in hiding in a nook that was behind the fire.

When the people were all gathered together, a bird came to the window, and he cried, "The blood 's in the shoe, and the pretty foot's in the nook at the back of the fire."

One of them said, "What is that creature saying?"

And the queen said, "It's no matter what that creature is saying; it is but a nasty, beaky, lying creature."

The bird came again to the window; and the third time he came, the prince said, "We will go and see what he is saying."

And he rose, and he went out, and the bird cried, "The blood's in the shoe, and the pretty foot's in the nook that is at the back of the fire."

He returned in, and he ordered the nook at the back of the fire to be searched. And they searched it, and they found the first queen's daughter there, and the golden shoe on the one foot. They cleaned the blood out of the other shoe, and they tried it on her, and the shoe fitted her, and it’s like was on the other foot. The prince left the daughter of the last queen, and he married the daughter of the first queen, and he took her from them with him, and she was rich and lucky after that.

That’s all for this week. Stay tuned next week for an English retelling of another Scottish tale.

Posted by Heather Tisdale at 00:34