What a day we had in . But I guess if we are to do it in its proper order it was Hell and the Heaven. What? Oh sit down, shut up and listen.

We went to the Tate Britain in the morning to see the John Martin exhibit. Who you may ask? It is such a simple name, easily forgotten—but the impact of his paintings has stayed with us for 20 years. I can recall with clarity the day in 1990 when we, as humble exchange students merely dreaming of one day settling in this great country, saw this painting entitled The Great Day of His Wrath. 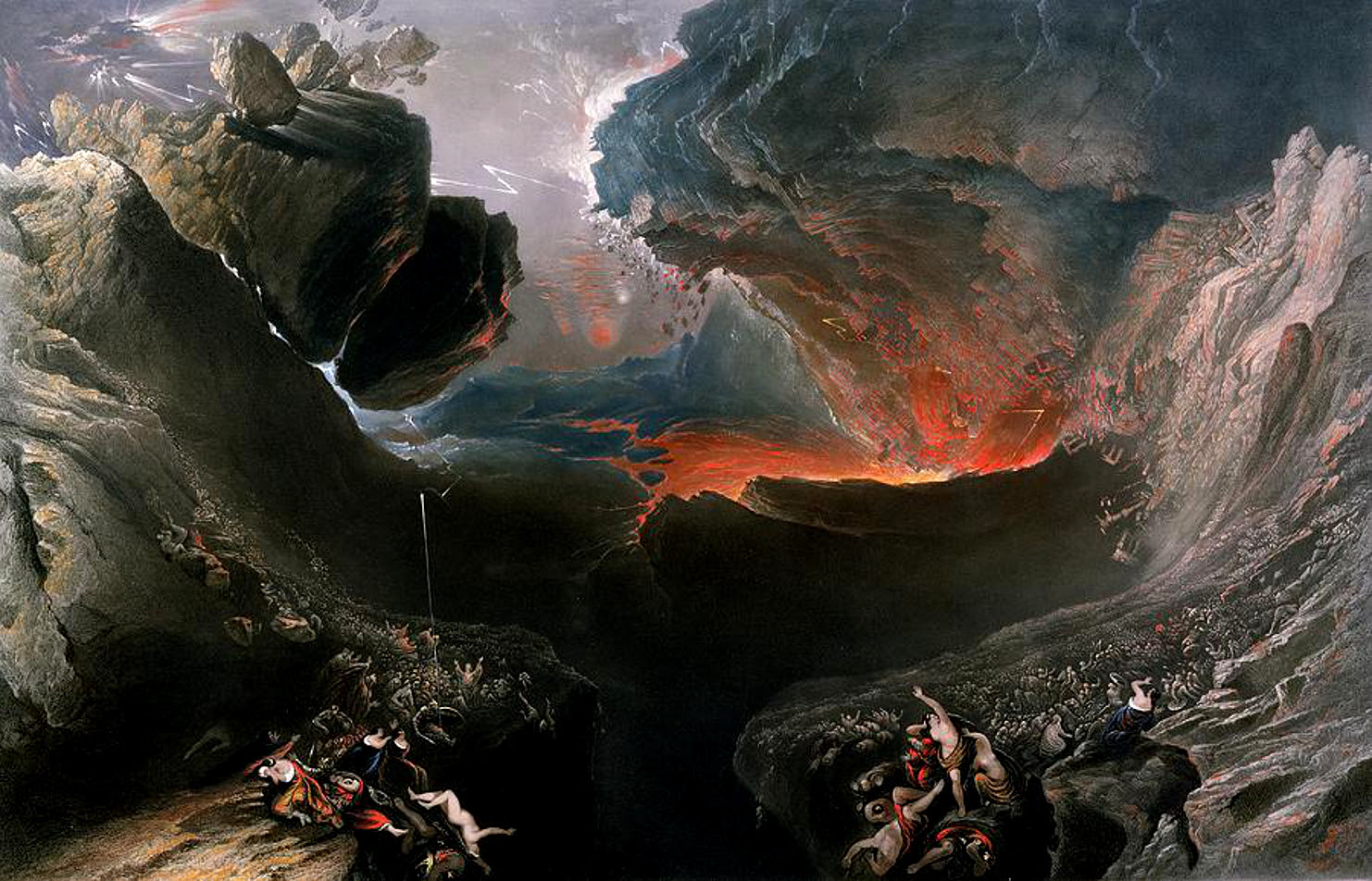 from wikipedia
It was like a disaster film and Biblical epic all rolled into one with angry burning red sky and a whole city swooped up and dashed to the ground. Click on the picture to enlarge it and look on the right—the city is nearly upside down.  It was mesmerizing and terrifying. I recall writing a lengthy description of it in my journal and trying to draw a diagram of the curve of the city being destroyed.
We were really excited to see there was a retrospective of John Martin’s work as we remember the feeling it gave us. Here is another we saw at the exhibit. The Destruction of and 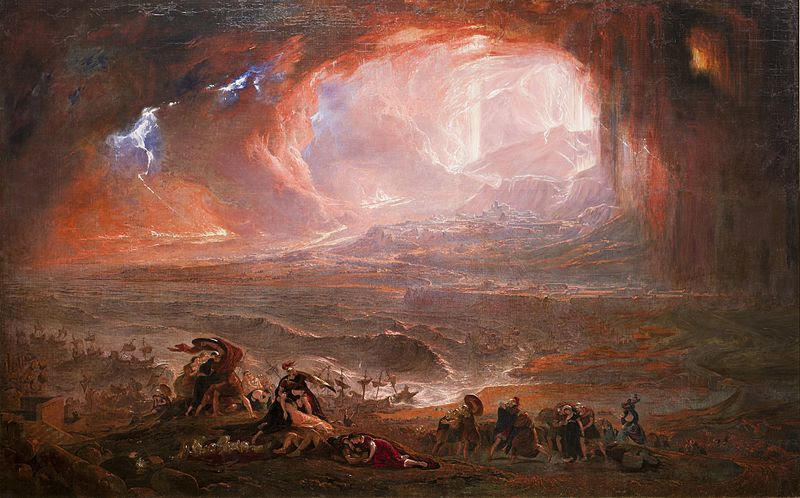 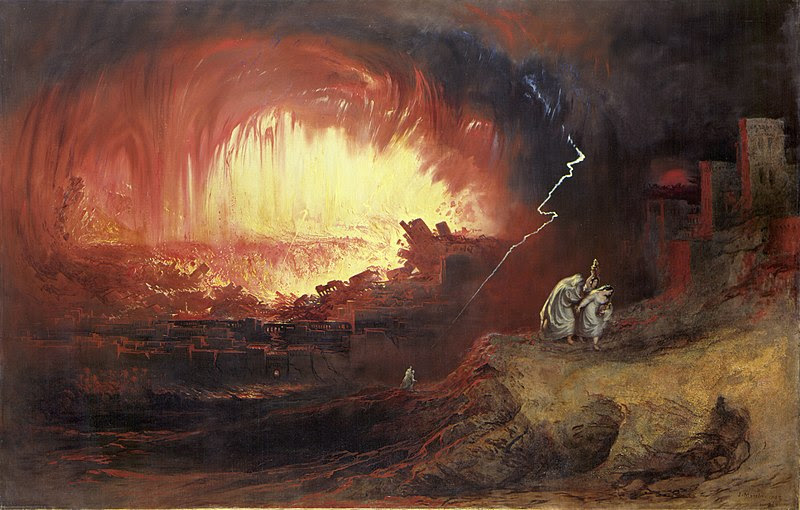 Do you see a trend? But these images do not do justice to the scale and detail of the paintings—the red is so well painted it feels as though you burn with the painting as you gaze upon it. John Martin’s work has been hugely influential to many film makers of disaster film and Ray Harryhausen said that he modeled several sets from Clash of the Titans on Martin’s works. And if Ray Harryhausen says that, it must be brilliant

Well that was the morning in Hell then we went out to lunch at Tibits (which had expanded their gluten free menu with quinoa potato cakes that were delish!) and then pottered around in a foreign language bookshop looking at familiar children’s books translated into French and I even found a copy of Tistou Les Pouces Verts which was a chapter book about a boy with a green thumb that my mum brought me back from France when I was just a munchkin. Do you recall that Mum? Then we hung out at GOSH comics for a bit and then tubed into Islington to the Little Angel Puppet Theatre to see a play of A Very Old Man With Enormous Wings. This is the Heaven bit. 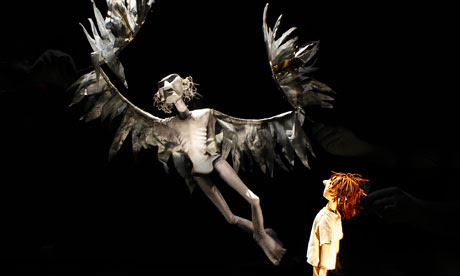 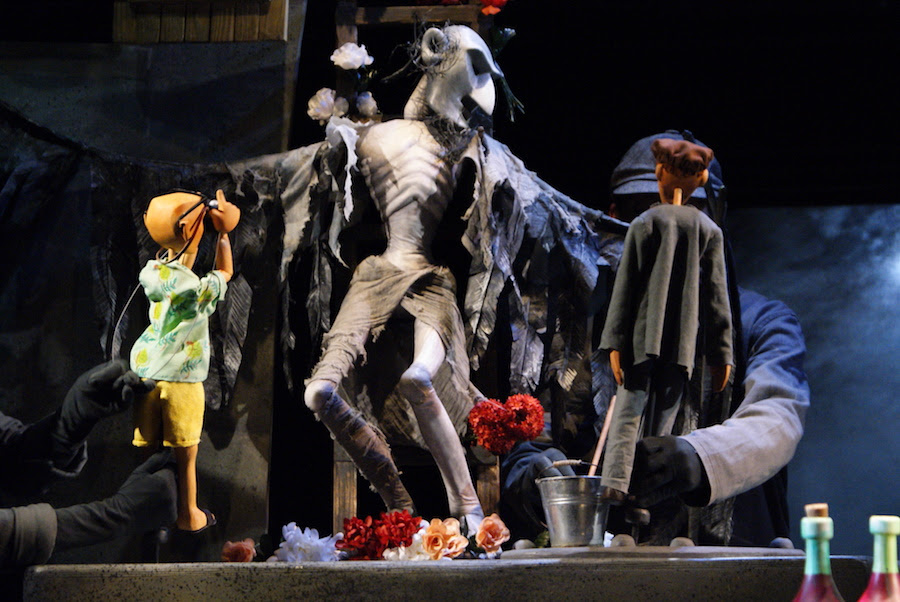 from a youngertheatre.com
The play was based on a short story by author Gabriel Garcia Marquez   that you can read here http://salvoblue.homestead.com/wings.html It was beautifully and sensitively rendered and heartbreakingly sad as the angel is held captive.
It was a lovely day and it reminded me how lucky we are to have followed our dreams and how blessed we are to be able to afford to have days out like this.

Posted by Heather Tisdale at 04:31