Our last day trip was to the Natural History Museum in Tring. We actually had to pass through Tring the day before on the way to St Tiggywinkles so this trip was a doddle.  I had been to this fascinating museum several times on class trips with year 3, but Spiderman had never been as there was no good way to get there from our town (we always take a big coach ((chartered bus)) when we take a class trip)

When we come on a school trip they run fascinating workshops where they pass around real animal skulls and the children have to guess what the animal might be and what it eats based on the teeth.
There are a lot of vegans who would not set foot in a place like this. It is full of dead, stuffed animals collected and preserved by an eccentric Victorian (were there any other kinds of Victorians?) 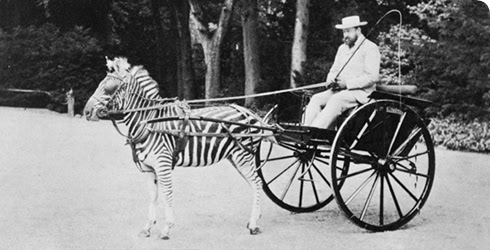 But I admire him as a person.
From the museum website:
Lionel Walter Rothschild, 2nd Baron Rothschild, was born in 1868 into an international financial dynasty, but was destined to be famed as a zoologist and collector rather than as a banker.

As a child, Walter knew exactly what he wanted to do when he grew up, announcing at the age of seven, 'Mama, Papa, I am going to make a museum...'. By the time he was ten, Walter had enough natural history objects to start his first museum, in a garden shed.


Before long, Walter's insect and bird collections were so large they had to be stored in rented rooms and sheds around Tring. Then in 1889, his father gave him some land on the outskirts of Tring Park as a 21st birthday present. Two small cottages were built, one to house his books and insect collection, the other for a caretaker. Behind these was a much larger building, which would contain Lord Rothschild's collection of mounted specimens. This was the beginning of the Zoological Museum, which opened to the public in 1892.

Educated at Magdalene College, Cambridge, Walter worked for the family firm in London from 1889 to 1908, though his passion was for his natural history collection. At this time his collection was one of the largest in the world.


Walter's interest in natural history was not restricted to museum specimens. He kept an astonishing variety of animals in the grounds around the Museum and in Tring Park, including zebras, a tame wolf, rheas, kangaroos, kiwis, cassowaries and giant tortoises. He even drove a team of zebras into the forecourt of Buckingham Palace.

Walter Rothschild also had a political career, as a Liberal and Liberal Unionist Member of Parliament for Aylesbury from 1899 to 1910. He was closely involved in the formulation of the draft declaration for a Jewish homeland in Palestine and in 1917 a letter from Arthur Balfour, addressed to 'Dear Lord Rothschild', set out the Balfour Declaration, which committed the British Government to supporting the establishment in Palestine of a national home for Jews. 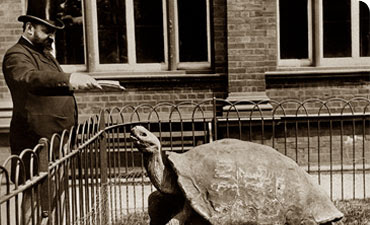 This is a small museum, but it is packed with good stuff to look at. And whilst I would NEVER advocate collecting on this scale today, I am appreciative that someone did in the past because that is how we learn.
Here are just some of the interesting things you can see courtesy of their website:
t

Posted by Heather Tisdale at 02:39