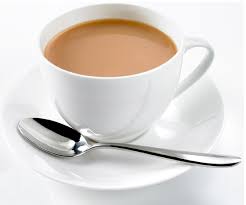 The British are a nation of tea drinkers. FACT. I have never seen so many cups of tea drunk in my life. Everywhere you go, anyone you meet is an excuse for a cuppa. After every social event I have ever attended in the last eleven years of living in the UK, people spill out of the event looking like some shipwrecked sailor who has drunk nothing but seawater and his own urine for the past six weeks. They are parched. They are gasping for a cup of tea.

It’s not like they didn’t just have one an hour ago.


They need one NOW.

I have never been a tea drinker. Not even growing up in the American South where ice-tea was practically a religion. Remember sun tea? My Mum used to make a gallon of that at a time.


I have never understood the appeal as tea always taste like drinking grass. Like the sort of mud pie, twigs and leaves in a cup of water from the garden hose crap you made as a child. Undrinkable.

But fruit tea turned me around. I discovered I loved fruit tea. Now I could have a drink with others and be sociable. But mostly I preferred my fruit tea cold. I would brew up a big ole pot and let it cool over night, sweeten with stevia and squeeze in some lemon and it was wonderfully refreshing.

But moving to Wales has changed my perspective.

Wales is cold and wet.


Our flat is rather cold.

The cold tea drink just wasn’t doing it for me anymore. It was too cold. It made me too cold. I was feeling dehydrated because drinking a cold drink made my teeth chatter. I needed a hotter drink.

Spiderman has been a devotee of hot tea for years. He likes mint tea and black tea with roses as well as regular tea. In the evenings he will often drink a whole pot of tea. He never complains of being cold.

I see a connection here.

Last week when he was not home I used his teapot to make a pot of fruit tea.

I could not believe how much warmer internally 3 cups of hot tea had made me. I was able shed two of my many layers. It was great!

The problem being we each drink separate tea. Spiderman can’t have fruit tea as it has hibiscus in it which causes him to break out in a rash. I don’t like other kinds of tea.


Buy me my own teapot.

I wanted something inexpensive (preferably second hand) and with character. What did I mean by “with character”? I dunno. Not white. Not plain. Interesting looking.

I would know it when I found it.

Oh and definitely *not* made with bone china. Bone china is made with actual ground up animal bones. Blech.

I cruised around the many charity shops in Carmarthen early in the week, but with no luck. Yesterday Spiderman and I popped into a few again on our way home from running errands and there it was.

I saw it and immediately said, “Is there a children’s story with a spotted elephant?”


“Are you thinking of Elmer?” Spiderman replied.

No. I was not thinking of Elmer. Duh!!!  Those aren't spots!

I could picture a spotty elephant with just this colouring…but from where?

And then it hit us! The spotty elephant from the wonderful Rankin/Bass stop motion animation Christmas film. The one with The Island of Misfit Toys.

So now we each have our own pot for tea. Spiderman’s pot is one I painted in a paint-your-own-pottery sort of place and it has a pink crab spider on it (also known as a Heather Spider as it sits on heather flowers and waits in camouflaged ambush). Here it is alongside the spotty elephant teapot. 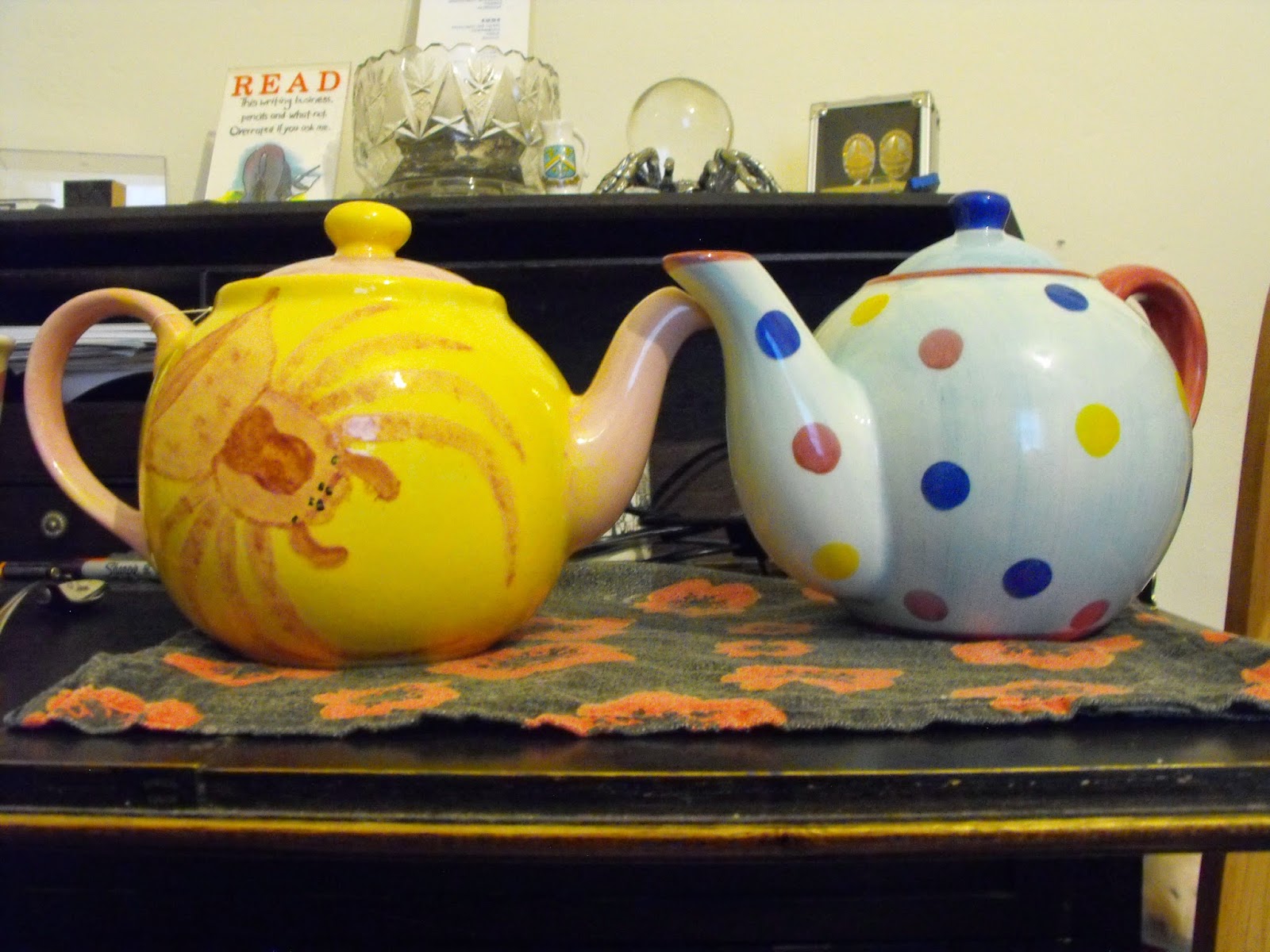 Now we are both warm at night.

The only problem is three cups in, three cups out. Know what I mean? I had to get up in the night to wee, but that is a small price to pay for not being cold.

Fancy a cuppa, anyone?
Posted by Heather Tisdale at 05:19