As previously mentioned I have struggled with the cold. Our lovely flat has a warm side and cold side. The front of the house gets a great amount of sunlight and is just generally warmer. The back side of the house…well, let’s just say it is a bit more on the Antarctic side.

The kitchen has three strikes against it--a wooden floor, no sunlight and no radiator. Cooking an evening meal is fine as the cooker is on to warm things up a bit, but just nipping in to make a bowl of cereal in the morning feels like walking on an iceberg.

I needed warmer slippers. I had some from last winter (jokingly called my heat-be-gone booties after an episode of that hilarious British comedy Black Books) but they were worn out and every time I walked anywhere the padding would come out of the hole in the sole.

It was time for new ones. Bit also, critically, ones with a rubber sole. (Not a Rubber Soul!)

I found just what I was looking for in B&M Bargains. For £4.99 I could have warm, cheerful and festive feet. When we got to the till they rang up as £2.99 so it was an even sweeter deal.

I put them on the moment we got home and they are soooooo comfy and warm that I refuse to take them off. Even for the photo for the blog. 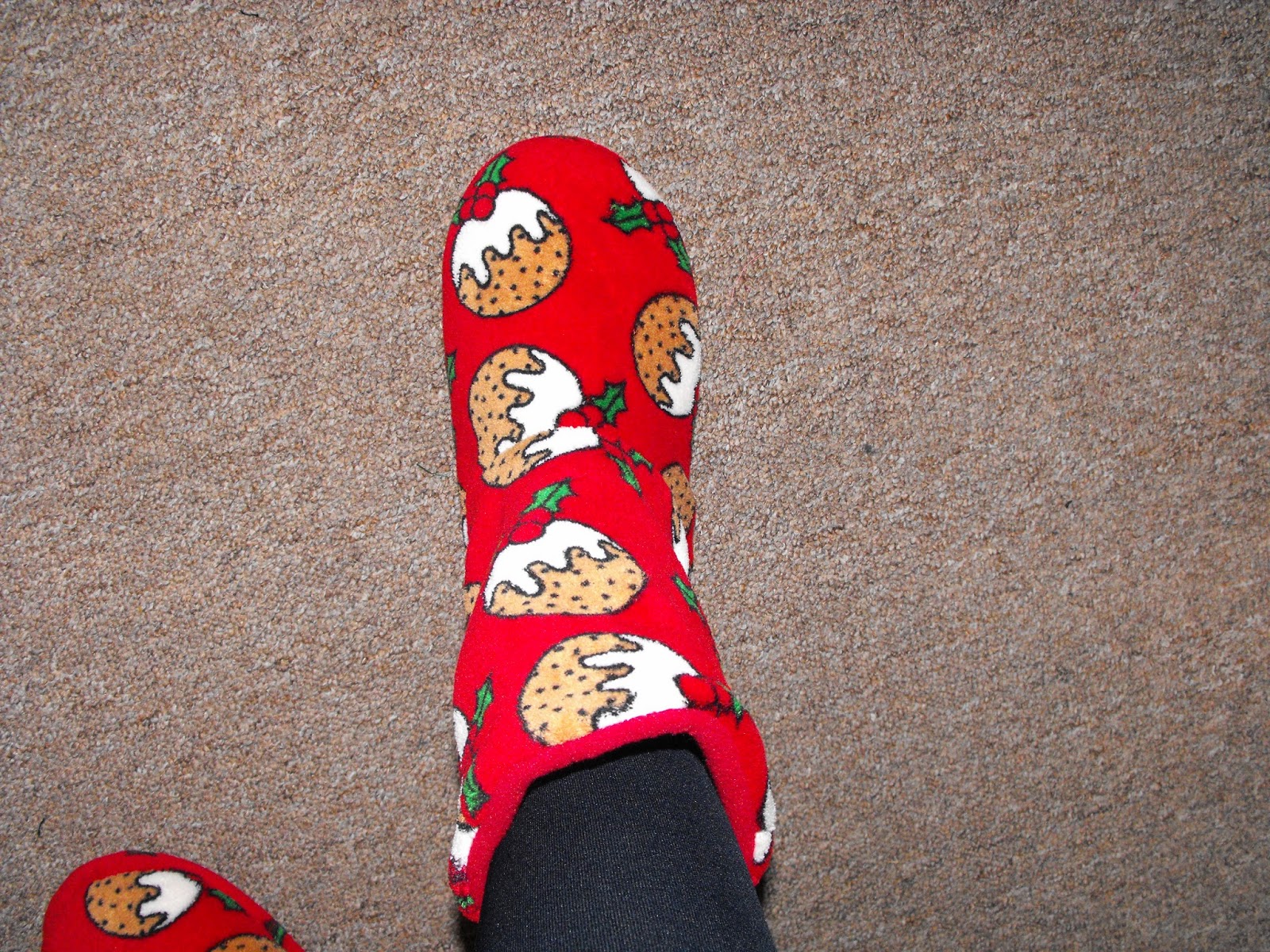 They also have these decorative but slightly impractical  testicles on the back. 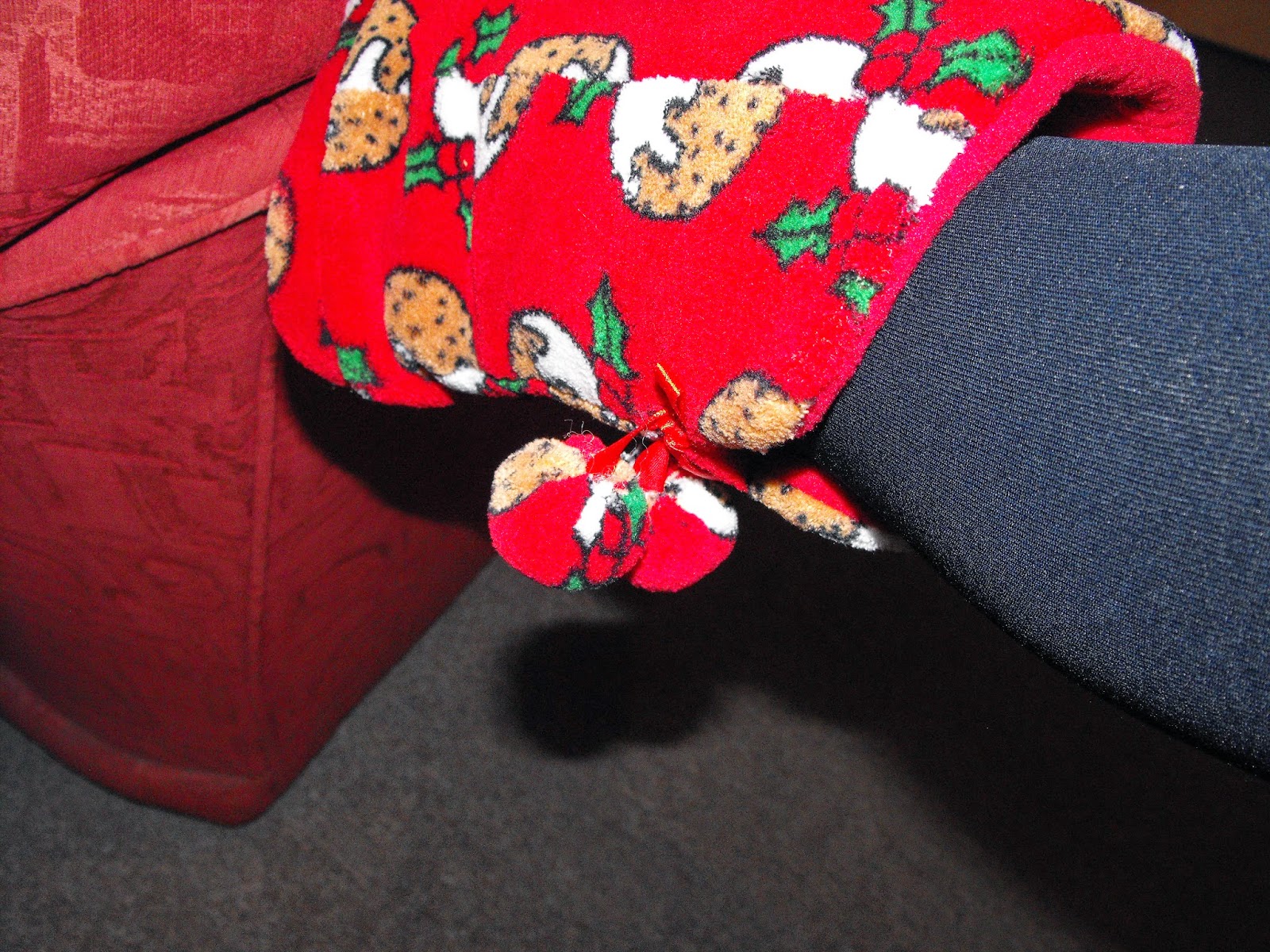 Edited to add: last night one of my decorative testicles fell off so like Hitler it only has one ball!
But they are super warm and comfy. Right now they have quite a lot of bounce in them--it is a bit like walking on a bouncy castle.

I also like that they are covered in Christmas puddings! I have never actually eaten one (they are a steamed pudding made from fruits soaked in booze and stuck together with suet, treacle and eggs)  but they are a staple of the Victorian era and was lovingly describes by Charles Dickens in A Christmas Carol.

"Mrs Cratchit left the room alone -- too nervous to bear witnesses -- to take the pudding up and bring it in... Hallo! A great deal of steam! The pudding was out of the copper which smells like a washing-day. That was the cloth. A smell like an eating-house and a pastrycook's next door to each other, with a laundress's next door to that. That was the pudding. In half a minute Mrs. Cratchit entered -- flushed, but smiling proudly -- with the pudding, like a speckled cannon-ball, so hard and firm, blazing in half of half-a-quarter of ignited brandy, and bedight with Christmas holly stuck into the top."


To paraphrase the words of Tiny Tim, “God bless us(with warm feet), everyone.”

Posted by Heather Tisdale at 03:38