Music That Saved Me--Letter A

I have looked back at my ever-growing list of artists that have saved me, changed me, influenced me and I am having a bit of a hard time paring it down. So I won't. Some letters that are especially full will be spread of two days. Problem solved.

This has to start with Amazulu. They were a five woman and one man British ska band and this is where I fell in love with ska (a musical genre that originated in Jamaica in the 1950's but was often used in the post punk/new wave of British music that was a big influence on me). I first saw them on this surreal Britcom called The Young Ones which played late at night on MTV. 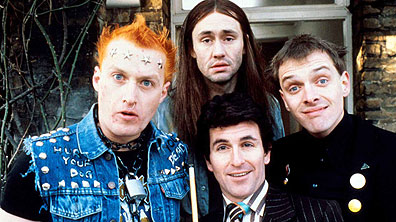 This weird show was about 4 undergraduates who were sharing a house--aggressive punk Vyvyan, conceited wannabee anarchist Rick, oppressed paranoid hippy Neil and suave charming Mike the Cool Person. It was full of talking puppets, surrealism and ultra violence was part of my journey to becoming an Anglophile. It had kick-ass music each week and I felt my horizons expand exponentially when I watched it. Here was where I first saw Amazulu perform their song Moonlight Romance in the episode Time.

Watch it here: (there is a bit of a hiss, but stick with it because you get one of my favourite jokes with SPG the Glaswegian talking puppet hamster)

Did you see the sax player? I coveted that outfit. I searched for weeks to  find a dress that was overalls on the top and a painter's cap to wear so i look like her. I rushed out to buy the cassette from Camelot Records and was incredibly disappointed to hear the version of   Moonlight Romance was different on the tape. It lacked the bouncy-makes-you-wanna-dance feel of the one from The Young Ones. But I did discover a treasure on the cassette. A song called Cairo. It was weird and bluesy and slightly sinister. I found a video for it that was filmed for some German music programme which features (inexplicably) a Toyota being spit roasted over a fire. Ignore that bit and listen to the song.

I had no idea what it was about, but I loved it. I was like a cobra in basket mesmerised by some Indian bloke playing a flute when I heard it. I played that song so much the tape got all stretched out and the sound was wonky, but i didn't care. .
Adam Ant 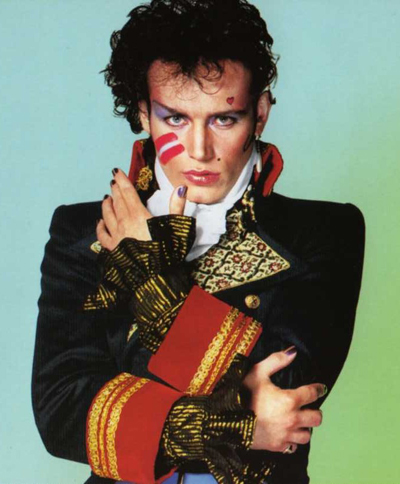 My sexual awakening was *definitely* Adam Ant. He was part of the new romantics movement and he was so androgynous.  Was he a boy or was he girl? He wore all this makeup and poofy blouses but exuded testosterone. Plus he had a white stripe on his nose which i found incredibly alluring. 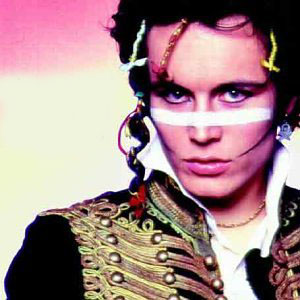 I found his singing very sexy and I know all my earliest sexual fantasies were about him. I think this was because he looked like a girl as well as a boy. Those who know me will know I am bisexual so this should not come as any surprise.  It was a toss up as to what to show--what I felt was the sexiest song. I almost chose Strip but instead chose Desperate But Not Serious because of the way I feel when he sings the line And console you with a big kiss on the lips and on the back of your neck.
Watch it here:

Here he is with the white stripe playing a dashing Highwayman in Stand and Deliver. 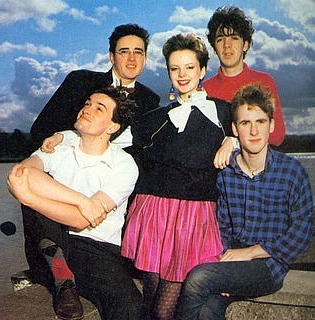 They were a post punk/new wave band from Scotland fronted by the fabulous Clare Grogan. She was almost completely unintelligible but sang and danced with such exuberance you didn't care. She had this slight tremolo that made her sound like a sheep going Baaaa when she sang. I bloody loved that.
This song was my favourite and here are the lyrics because there is no way you will know what she is saying beyond the words Happy Birthday.

Watch it here:
Geek trivia: Clare Grogan was the original Kristine Kochanski on the Sci-Fi show Red Dwarf. Lister wanted to sleep with her and so did I.

There are other A artists like ABBA that i loved but these three are the most important to me. What artists influenced you?

Posted by Heather Tisdale at 07:57