The Earworm That I Used To Know (Four ways)

Do you know what an earworm is? You know that song you can't get out of your head? 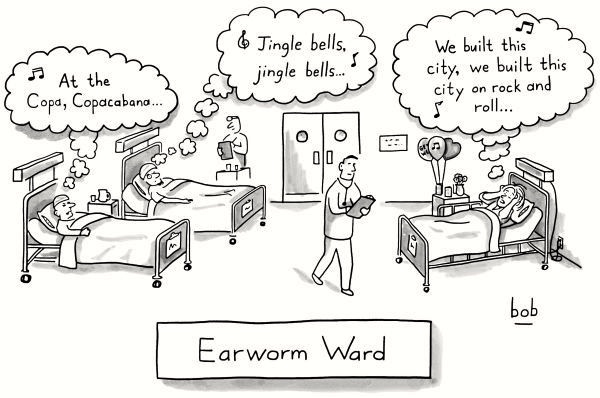 Spiderman would say that an earworm is a BAD thing. But I like it. I routinely become obsessed with a song and then hum or sing bits of it over and over and over to myself.

I don't even notice I am doing it.

I don't think Murder Ballad Monday has been easy on him.

However, I am currently obsessed (Obsessed, I tell you!) with Somebody That I used To Know by Gotye (feat. Kimbra). I love the song, but am completely enamoured with the video.

I had always pronounced his name Got ya! Like Gotcha, but without the cha. Apparently, it is actually pronounced Go-Tee-Ay. You know, like Jean Paul Gaultier. Who knew?

But back to the video.

I adore this song and video so much.

Watch the video here to see what I am talking about:

OK, so while I was playing this song on repeat (when Spiderman was at work--I didn't want him to murder me) I discovered there was a Star Wars parody!!!! It is all about the travesty that began with The Phantom Menace.  You know what I'm talking about. Like Simon Pegg's character in Spaced ranting at that kid in the comic shop who wanted to buy the Jar Jar doll. "You weren't there in the beginning! You don't know how good it was! How important!"

In my opinion, the only good thing that came out of The Phantom Menace was Weird Al's The Saga Begins to the tune of American Pie.

So watch the Star Wars That I Used To Know  right now:

Isn't that brilliant??? I just love that they even made George Lucas do Kimbra's shoulder shrug!! Plus I really love that the whole background was slowly becoming a green screen.

That's pretty impressive, right? But wait. It gets better. The Key of Awesome has done a parody of the Walk Off the Earth version, complete with five people sharing a guitar, but for a very different reason.
Watch it here and be ready to laugh:

Now, you have an earworm too! However, I can't be held responsible for what might happen if you go around humming this to yourself all day.
Posted by Heather Tisdale at 02:46