Hello and welcome to part six of Murder Ballad Monday. 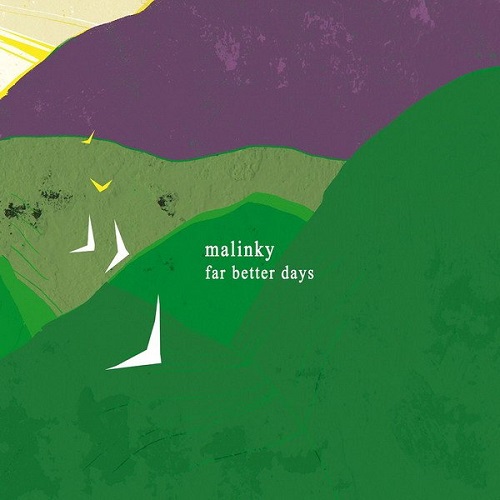 Today I want to share a version of Child Ballad 10 by a group called Malinky. They are a Scottish folk band specialising in Scottish songs and were formed in 1998. Their version entitled The Twa Sisters is from their 2015 CD Far Better Days. This one is very unusual because it really is written in Scottish dialect (much like a non anglicised version of the one I read in 1981). But what makes this the most unusual is this:
According to the CD booklet:
"This is a Swedish version of the weel-kent ballad which Steve Byrne translated into Scots. We first heard this during a tour of Sweden in 2003 when we were introduced to the music of the band Folk och Rackare, as Malinky had been advertised as "the Scottish Folk & Rackare" - namely a band which took old traditional ballads and made them anew. We were delighted to perform a duet Swedish/Scots version with the band Ranarim at the Celtic Connections festival in Glasgow in 2007. The harp metaphor is often found as a fiddle in Scottish versions."

So here we have our first Scandinavian version of the ballad, but it is sung in Scots!

Here you can listen to Malinky singing a version of this ballad. I have provided the lyrics at the bottom in case you want to follow along. I love that the refrain refers to the "cold, cold weather" because that is so Scottish!  Also, this is the only version I know where the fair sister not perfect. In other versions, the dark sister is the evil one and the fair one is blameless. In this version, the fair one taunts the dark one and implies she is ugly, so you kind of support the dark sister for pushing her into the sea because the fair sister was a bitch.

So here is how it breaks down compared to other versions:

Here are the lyrics so you can follow along if you wish. I have eliminated the refrain so it won't be so long.

The ane wis bricht as the clearest sun
Blaws...
The ither she wis black as the blackest coal
Blaws...

Posted by Heather Tisdale at 00:38