Today’s entry is an Americanised version of Child ballad 10 sung by Paul Clayton. He learned it from Mrs. Kit Williamson of Campbell County, Virginia. Paul Clayton was not a familiar name to me, but he was an American singer and folklorist in the 1960s who specialised in New England sea shanties, ballads, and Appalachian songs. Wikipedia also mentions that he was a dear friend and mentor to Bob Dylan early in his career. 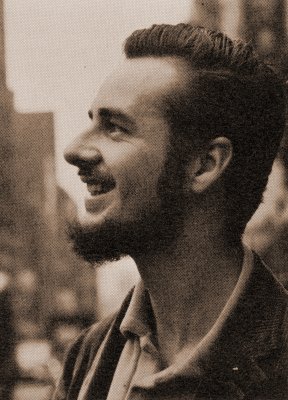 Paul Clayton’s version shares a similarity with the Loreena McKennitt version in that three daughters are mentioned at the beginning, but the middle one is never mentioned again.

This version (and the next few versions) share a similar refrain. There is not an exact likeness found in Child ballad 10, but there are similarities. The refrain in today’s ballad is:
Bow down, bow down.
The boughs they bend to me,
Love will be true, true to my love,
Love will be true to me.

This version (and the next few versions) are also unusual in that the supernatural element is completely removed. One sister may have pushed the other in, but it is the miller who actually lets her drown.

There is certainly an American drawl to this one. Paul Clayton’s voice is a bit like a cross between Pete Seeger and Johnny Cash.

I have included the lyrics below if you would like to follow along. Listen to it here:

Here’s how it breaks down compared to other versions.

Here are the lyrics if you would like to follow along. I have eliminated the refrain so that it won’t be so long.

There was a young man came courting there,
He did choose the youngest fair.

He gave the youngest a gay gold ring,
And to the oldest not a single thing.

He gave to the youngest a beaver hat,
And the oldest she thought hard of that.

They were walking along on yonder sea-brim
When the oldest shoved the youngest in.

“O sister, O sister, hand me your hand,
And you may have my house and land.”

“O sister, O sister, hand me your glove,
And you may have my own true love.”

“I’ll neither hand you hand nor glove,
For all I want is your true love.”

So down she sank and away she swam
Until she reached the old mill dam.

The miller threw out his old grab-hook
And pulled the fair maiden out of the brook.

He up with her fingers and off with her rings
And threw her back into the brook again.

The miller was hung at his mill gate
For the drowning of my sister Kate.

So, that’s it for version eleven of The Twa Sisters. Stay tuned next Monday for version twelve.
Posted by Heather Tisdale at 01:28