Hello and welcome to part thirteen of Murder Ballad Monday.

This week our song is by popular Irish folk band Clannad. They are a family band which consists of three siblings and their twin uncles. Their sister/niece Enya (remember her?) left the band in 1981 to pursue a solo career. It is worth noting that this was the song Rosie-Mai and I heard at the Meadows family folk concert which piqued our interest into the history of this ballad. 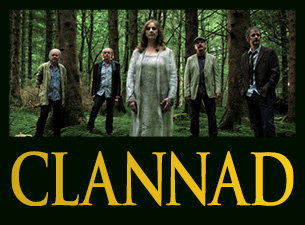 In this version (like last week’s version) there are similarities in their refrain. The refrain for the Clannad songs goes like this:
Sing aye dumb, sing aye day
The boys are born for me
I'll be true for my love
If he'll be true to me

There is some evidence of the last line of the refrain having a reference in Child ballad 10 R and 10 U,

But the first two lines were a mystery to me. Where had they come from?

A little bit of lurking on folk music forums informed me that the melody and gist of the words is from Two Sisters version E in Cecil Sharp and Maud Karpeles, English Folk Songs from the Southern Appalachians. It was collected from Mrs. Clercy Deeton at Mine Fork, Burnsville, North Carolina, September 19, 1918. It's one of fourteen versions published there. I found a copy in The Traditional Tunes of the Child Ballads by Bertrand Harris Bronson. In that book the refrain is:
Sing I dum, sing I day
The boys are bound for me
I’ll be kind to my true love
If he’ll be kind to me.

I can clearly see it is an amalgamation of The Two Sisters version E from the Cecil Sharp book and the Twa Sisters Child ballad 10 R. So, despite sounding quite Irish, this song is actually American!

Again, like last week’s version, this one leaves out the supernatural element However, in last week’s version the miller was done for the crime, but the sister got away. Not in this version!  I have included the lyrics below if you’d like to follow along. Listen to it here:

Name of ballad: Two Sisters
Performed by: Clannad
Refrain:
Sing aye dumb, sing aye day
The boys are born for me
I'll be true for my love
If he'll be true to me
Number of sisters: two
Where did they live: “side by side”
Appearance described as: n/a
Sweetheart:  young Johnny
Excuse to go to the water: n/a
Body of water: foamy brim
Does it contain the line “Sometimes she sank, sometimes she swam”:  “there she sank and away she swam”
Miller and child: just the miller
Mistaken for: n/a
Described in death: n/a
Who finds her on the bank: n/a
Instrument she becomes: n/a
Body parts used: n/a
Would her song “melt a heart of stone”: n/a
Do the strings sing individually: n/a
What does the instrument sing: n/a
Is the sister punished: yes, the miller is hanged on the mountain head and the sister boiled in lead

Finally, some retribution! Also, that line about being boiled in lead was completely an original idea from Andy Irvine of Clannad, so if you ever hear someone singing it you know they are copying his version!

Interesting trivia: The folk band Boiled in Lead get their name from this song.

Johnny bought the youngest a gay gold ring,
He never bought the eldest a single thing

Johnny bought the youngest a beaver hat,
The eldest didn't think much of that

As they were walking by the foamy brim,
The eldest pushed the youngest in

Sister, oh sister give me thy hand,
And you can have Johnny and all his land

Sister I'll not give you my hand,
And I'll have Johnny and all his land

So away she sank and away she swam,
Until she came to the miller's dam

Miller took away her gay gold ring,
And then he pushed her in again

Miller he was hanged on the mountain head,
The eldest sister was boiled in lead

So, that’s it for version thirteen of The Twa Sisters. Stay tuned next Monday for version fourteen.
Posted by Heather Tisdale at 00:16