What Hatred Breeds, We Must Resist In the US, I see Donald Trump and his supporters banning people—“Those people”—“not our kind of people”—different people”—“poor people.”
Neither country has looked at the heart of an individual, but rather looked upon his or her external qualities with suspicion and contempt. They could only see the differences.

We have more in common than we think.

Daisaku Ikeda said: When stones are cast at good people, when the rights of honest, hard-working people are trampled, we should be angry! When anyone anywhere around the world discriminates against another, we should burn with indignation! Raise your voices! Nothing suits the authorities better than the apathy of the people, then their feeling of powerlessness and their acceptance of violations of human rights."

And yet, I see many of my American friends burying their head in the sand and saying “It will be fine. God is in control. It’s only for four years, at the worst eight. Any executive orders that Trump signs can be undone by whoever follows him.”

This breaks my heart. I do not understand how those who profess to be people of faith can stand by and watch others suffer. Closing your eyes to the danger doesn't make it go away. Hoping or praying for things to change is not enough. We must all speak up, and we must speak up now. 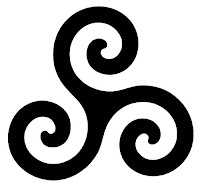 To paraphrase John Donne:
No man is an island, entire of itself; every man is a piece of the continent, a part of the main. If a clod be washed away by the sea, Europe is the less, as well as if a promontory were, as well as if a manor of thy friend’s or of thine own were: any man’s [suffering] diminishes me, because I am involved in mankind, and therefore never send to know for whom the bells tolls; it tolls for thee.

I do not understand how the British people cannot see that being connected to Europe, to welcome the world with open arms, rather than turning our backs on it is a good idea.

When we see others being marginalised and do nothing, our silence will not provide protection. If we think it is acceptable to do this to others, then what happens we become the others?

In the 1960s Martin Luther King, Jr. said: History will have to record that the greatest tragedy of this period of social transition was not the strident clamour of the bad people, but the appalling silence of the good people.

I have no problem with saying God is in control. But I truly believe what is happening is God is calling us to wake up. To remember who we are, who he wants us to be. If I truly believe that God is a God of Love and light in the darkness and I am made in his image, then I need to be out there being a beacon of love to all those who are in need.

At the end of my life, when I am asked What did you do? Who did you help? How did you show love and compassion? I want to have an answer.

Edmund Burke said, The only thing necessary for the triumph of evil is for good men to do nothing.

We must pray and then put our prayers into action. We must be the voice for the voiceless.
I leave you with this prayer. It is a Franciscan Benediction and always gives me strength.

May God bless us with discomfort
At easy answers, half-truths, and superficial relationships
So that we may live from deep within our hearts.

May God bless us with anger
At injustice, oppression, and exploitation of God's creations
So that we may work for justice, freedom, and peace.

May God bless us with tears
To shed for those who suffer pain, rejection, hunger, and war,
So that we may reach out our hands to comfort them and
To turn their pain into joy.

And may God bless us with just enough foolishness
To believe that we can make a difference in the world,
So that we can do what others claim cannot be done:
To bring justice and kindness to all living beings.

Posted by Heather Tisdale at 06:03