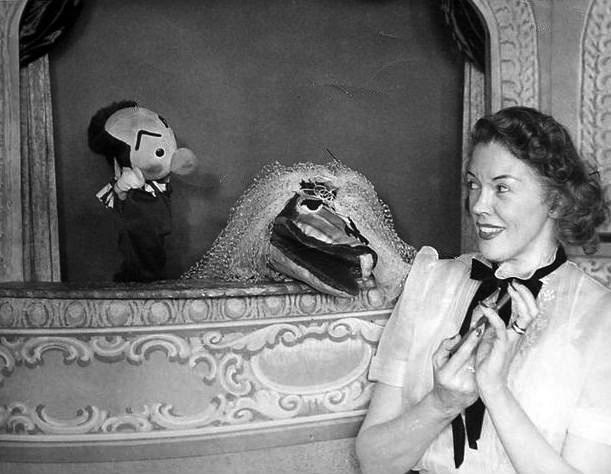 We have a new game in our household based on a bizarre dream I had the other night. For my British friends--Kukla, Fran and Ollie was an American telly programme with puppets that first aired 1947-1957 back when TV was black and white. It was all ad libbed and very funny. Fran was the lady, Kukla the "human" puppet and Ollie the dragon.

In my dream it was Kukla, Fran and Asbo. For my American friends--an ASBO in an Anti-Social behaviour Order. If you are continually rude and obnoxious in public you can be slapped with one of these babies and you get a fine or put in jail for doing it again.

The game is played when you make up new dialogue for the characters.

Fran: I hear there's a steel drum band playing in market square today. Shall we go and listen?

Kukla: Yes lets. I love the sounds of an authentic Caribbean band.
Asbo: Shut the f**k up, you f**king wankers, I've got a hangover. Bleeeech. (sound of retching)

Then Spiderman invented Kukla, Fran and Oral. For my British friends who don't know Oral Roberts was a conservative, evangelical pioneer in TV evangelism.

Fran: Today we're going to see our friends Richard and Tommy.
Kukla:They're very excited to live in Vermont because the state of Vermont recognises same-sex marriages.
Oral: All queers burn in hell.

Then last night I thought of Kukla, Fran and Wally. He's known as the star of  "Where's Wally" books here--called "Where's Waldo" in the U.S. 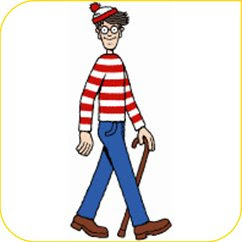 Fran: Today we're going to the beach. We can't go without Wally. Where is he? Have you seen him?
Kukla: I don't know but he'll be easy to spot in his stripy jumper and bobble hat.