Rosemary for Remembrance (and other things)


I have always loved the smell of rosemary--it's a clean and forest-y smell.

Clearly, people throughout history have also loved its stimulating smell, too.

Students in ancient Greece supposedly wore garlands of rosemary around their necks or braided into their hair to help improve their memory during exams.

It is one of the main ingredients in the (Queen of) Hungary Water--the first European alcohol based perfume from around the 14th century. It was made by distilling fresh rosemary in strong brandy with lavender, sage, mint, lemon and orange blossom.
Rosemary is mentioned in Hamlet by Ophelia--it's one of the flowers she carries in her grief and madness after her father's death. She says:

It is mentioned in one of my favourite songs, the English ballad Scarborough Fair.
Are you going to Scarborough Fair?
Parsley, Sage, Rosemary and Thyme
Remember me to one who lives there.
She once was a true love of mine.

A few months ago I was reading an interesting library book (whose name I sadly cannot recall) that was all about herbal medicine that has gradually been replaced by "modern" medicine, but was as effective or more effective that "modern" medicine. You think about how we went germ phobic in the extreme and filled everything we could from hand sanitiser to liquid soap to toothpaste with triclosan which is now known to be a hormone disrupter and the cause of antimicrobial resistance. You know all those super bug strains  that are resistant to antibiotics? That's from the overuse of stuff like triclosan, folks.

But the book talked about how French hospitals in WWII use rosemary as a disinfectant.

I was intrigued. They burned it in sick chambers to purify the air as well as boiled it in water to make a cleaner to wipe down surfaces.

I have always used vinegar for cleaning because vinegar is cheap (although not as cheap as in America) non-toxic and biodegradable, but also because it really does kill germs. It won't kill stuff like salmonella on your cutting board from raw meat juices--but since we don't eat meat that is not an issue for us.

So i decided to infuse some rosemary into vinegar. If I had a rosemary plant I would have used fresh but instead I used some dried and it came out fine. 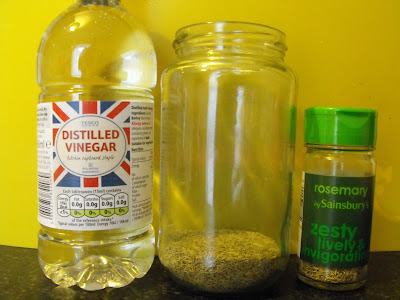 I just took an old jar and put in about 30g dried rosemary and topped it up with vinegar. I put it under my kitchen sink and left it there for 2 weeks, shaking every day.

After 2 weeks the liquid was greenish brown and had a lovely resin-y fresh smell. 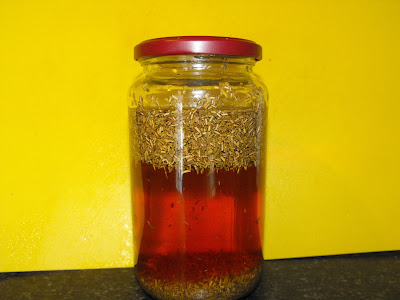 Then I strained out the bits and put it back in the jar. Presto! Instant cleaner!

I put it in a spray bottle with a tablespoon of eco washing up liquid (we use Bio-D because it is not petroleum based) and it make a great cleaner. 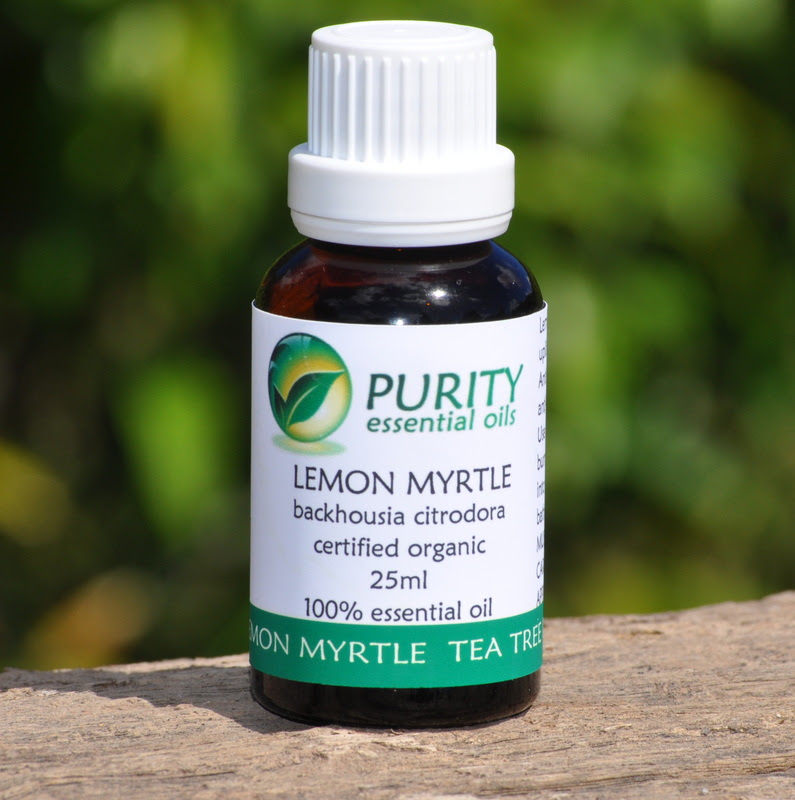 I am also a huge fan of lemon myrtle essential oil which smells like a grove of sun warmed lemons and has more antiseptic/antiviral properties than tea tree oil (which smells like medicine).

My personal thought is putting it in something can sometimes change the lovely smell and make it seem sour so i tend to drop a few drops on the surface to be cleaned and then spray with my rosemary spray and you get this lovely woodsy lemon hit and your home is really clean and disinfected.

But then i thought about what *else* i could do with the rosemary vinegar.

Stay tuned for part 2 of Rosemary for Remembrance!

Posted by Heather Tisdale at 06:10