Rosemary for Remembrance (and other things)-Part 2

I go back and forth about deodorant.

I don't mean I go back and forth about wearing it.

I mean, I go back and forth about making it. 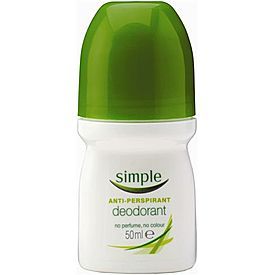 Many times over the years i have become fed up with commercial deodorants that contain  harsh chemicals and ingredients that may contribute to illness like breast cancer or Alzheimer's. I get worried that it has been tested on animals because they are owned by a company like Unilever.

So I start to buy the sort you can only buy in a health food shop that aren't tested on animals and have slightly less bad ingredients, but cost an arm and a leg. But they don't really work. 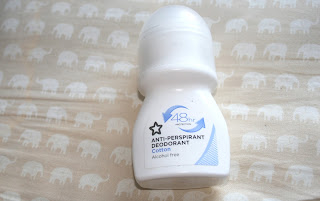 So i go back to buying cheaper commercially made deodorant that has the leaping bunny symbol, but stinks like a French Whorehouse. I wasn't too cut up that they discontinued it.

So i try my hand at make something.

Some were successes. The aloe vera gel, witch hazel and lavender oil one worked alright, but was really sloppy and difficult to put on. The gooey-ness seemed to cling in my pits for ages. The coconut oil, baking soda and cornstarch one made my pits turn red like they were on fire after about a week.

So the cycle goes around again and I start to use a commercial one full of chemicals and I am unhappy.

So....when i was making up the rosemary vinegar for cleaning I wondered if you could infuse rosemary into something else and make deodorant?

I saw several testimonials from people who used half a lemon or lime rubbed into their pit and the acid killed the germs. But I don't have money to throw away by using half a fruit every single day.

I found lots of recipes that just used neat vodka as the alcohol killed germs. I thought about buying the cheapest vodka I could get and infusing the rosemary in that, but then i had a thought.

What if I just used the rosemary vinegar?

If it didn't work, I haven't wasted anything because I already have it made and if I don't like it, it can go for cleaning.

I priced a bottle like this and found it out of my range. 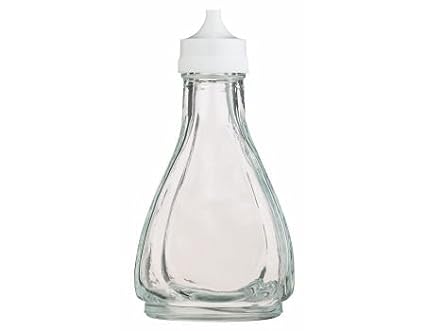 So i bought one of these at Wilkinsons for 60p. You are meant to put vinegar in it as vinegar is a table condiment here in the UK like salt and pepper. Salt and vinegar chips....mmmmmm.... 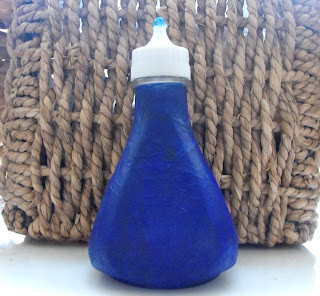 Then I covered it with layers of a purple-y blue tissue paper and lots of watered down white PVA glue to seal it and hot glued a bead over the little hole in the lid.

I used 1/3 cup rosemary vinegar and 1 Tablespoon witch hazel which is a pore tightener and helps reduce sweating. I might up it to 2 Tablespoons in the summer if I need it.

But so far....it works. I use the same cotton ball I use to apply toner to my face since the toner is just watered down apple cider vinegar. I just rub a bit under my arms and let it dry while I finish getting ready and then swipe on a second layer to dry before I leave the bathroom. Yes, i am sure if you shave your pits then it might sting, but since I don't shave this is not a problem for me.

It smells good. I ended up not adding any essential oils as I liked the rosemary smell and I haven't needed any extra oomph. Maybe I will in the summer. Who knows.

It passes the sniff test. Spiderman has been kind enough to be the chief sniffer and has detected zero offensive smells or any smells at all. I smell completely neutral.

Is this too weird? Maybe. But it works and I am not being poisoned or spending all our money either.

Would you try it?

Posted by Heather Tisdale at 07:43