After a very long and stressful day with lots of travel issues the day before we decided to cut our least important day trip and just rest on day two.

So we didn't go to the town of Ottery St Mary (it has the word Otter in it!!)that was the birthplace of Samuel Taylor Coleridge.  But that is no big loss. There is literally nothing to do there but go to the church where Coleridge was baptized and mooch around the garden centre. It just wasn't worth it spending money on a taxi when we were tired.

So instead we wandered around the extensive gardens. There were three nature trails. 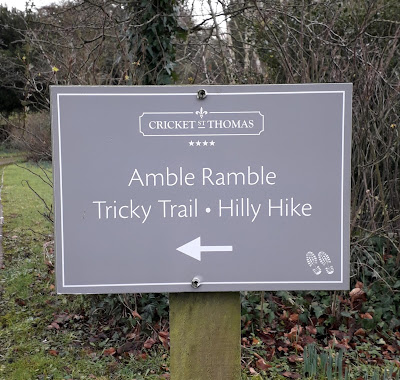 There was this cool hollowed out tree that you could stand in. We each had a go. Spiderman leaning like Jordan Catalano and me being silly. No surprise there. 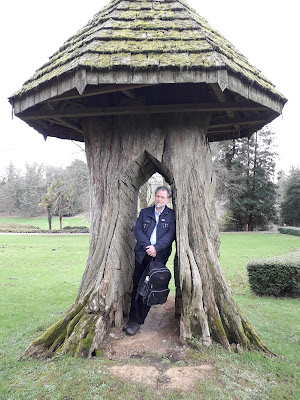 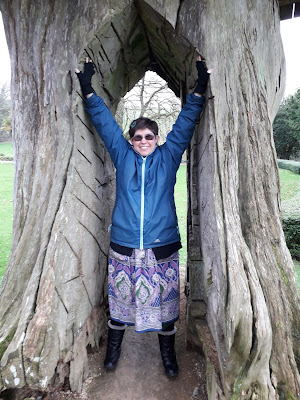 There were interesting statues scattered all over the grounds.  There were several statues of children at play. The pear was made from horseshoes. 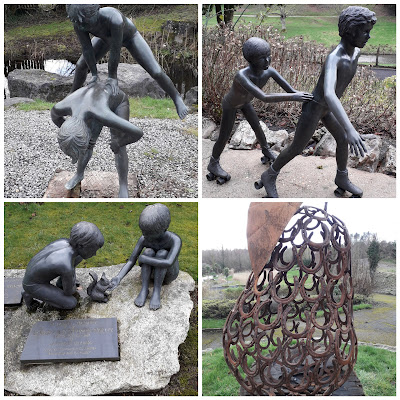 Despite being winter, there were many beautiful green spaces like this rock garden. 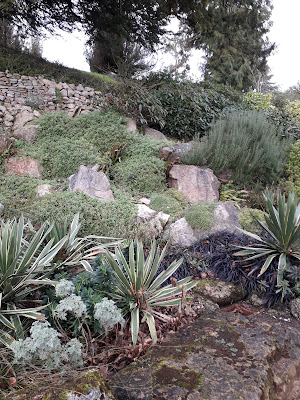 There was also this cool Monkey Puzzle Tree   which makes a great tongue twister. Go on. Try it. I double dare you. 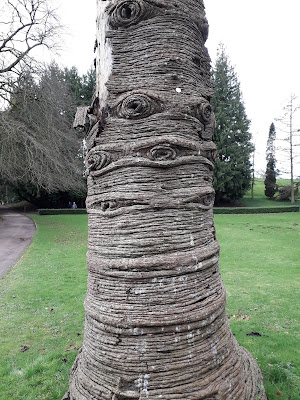 There was this weird sculpture like a giant CD that was called "The Portal" which basically means it was a Star Gate. I attempted to climb inside and go to another dimension but was thwarted by being too short. Story of my life. 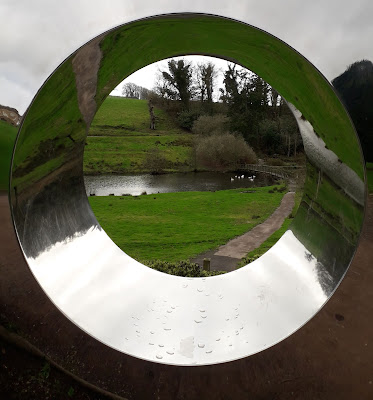 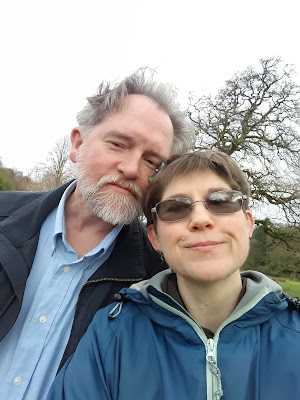 Stay tuned for a grand day out on the Jurrasic Coast tomorrow in part the third.

Posted by Heather Tisdale at 01:17