What We Ate Wednesday

Hello lovelies! I hope everyone had a wonderful Christmas.

I never thought I would be able to say that we have something in common with royalty, but the Queen and the Spider household all had terrible colds over Christmas.

First her majesty got it, then somehow passed it on to Spiderman, who then shared it with me. I'm not saying the Queen made us ill, but it is no coincidence that we all had colds at the same time. That fact that cannot be denied. Just saying. 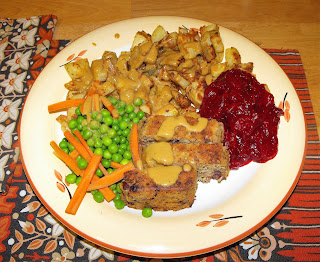 Despite having the lurgy, we managed a splendid Christmas dinner. Thanks in part to our lovely friend Karen who sent us a care package with lots of vegan/GF treats. This included a GF cashew nutroast with cranberries. It was an easy-peasy "add cold water and bake in the biodegradable tray provided" affair which made Christmas dinner delicious and a snap to clean up. Thanks, Karen!

But the recipe I want to share is for the soup we had for Christmas eve. I could feel that the Queen's cold was making its way to me on Friday the 23rd of December. I decided to cook up a huge pot of Mushroom Barley Lentil Soup as it makes enough for 2 days. I figured (correctly as it stands) that by Christmas Eve I might be feeling rather poorly and just want to reheat some soup instead of cooking from scratch.

This soup is sooo delicious (as our friend Priya always says) and makes approximately 10 cups of nourishing soup, so it is great for feeding a crowd or two hungry sneezing people for two nights. It is also a fairly cheap soup to make as it utilises cheap, but healthy ingredients and does not use very much of them.

The stars of the show here are cheap white button mushrooms. I buy 350g for around 89p. This was enough mushroom for 2 pizzas, this soup and the rest added to leftover Christmas gravy to make new gravy on Boxing day. The next star ingredient is pearl barley. I pay 55p for a bag of  500g. Puy lentils (or the green ones, but not red ones as you want them to hold their shape) are the last star ingredient. I buy a 500g bag for £1.15. You only use a half a cup (100g) each of the barley and lentils and so it makes it really cheap to make. The soup is really filling and everyone who tries it raves over it. I served it with a loaf of sourdough quick bread featured here:
http://spidergrrlvstheworld.blogspot.co.uk/2015/04/bread-of-life.html 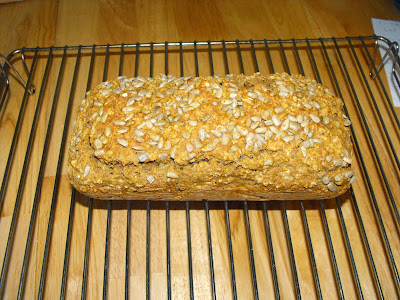 You can find the recipe for the soup here on the blog:
http://spidergrrlvstheworld.blogspot.co.uk/2014/11/souper-supper.html 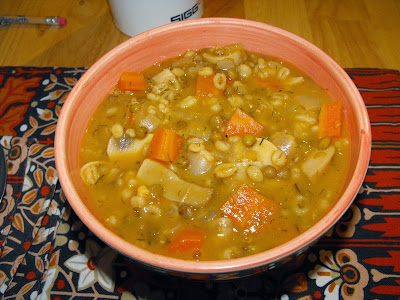 I am sorry this What We Ate Wednesday doesn't feature much in the way of new recipes.

What can I say, we both a terrible cold and didn't do much experimental cooking over the holiday.

Personally, I blame the Queen.

Posted by Heather Tisdale at 08:26