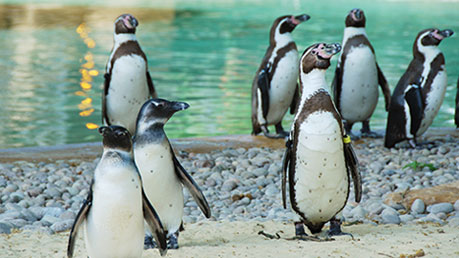 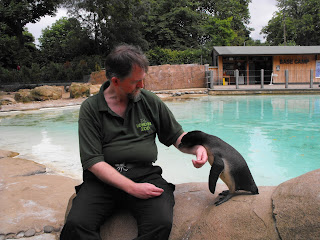 We tried (and failed) to cuddle a Puddle (3) 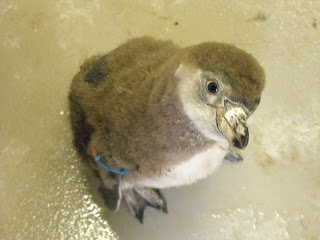 Having a cwtch with chicks in the creche, all downy fluff and snuggles  (4) 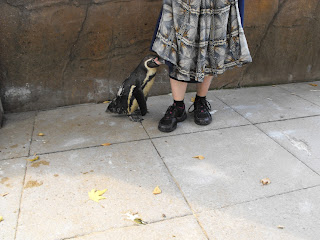 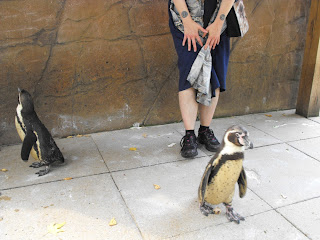 Silly buggers!
So glad to see this as it opened right after we moved... 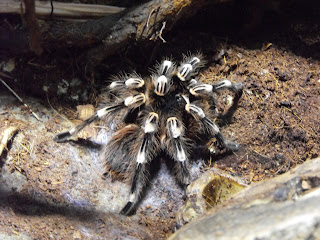 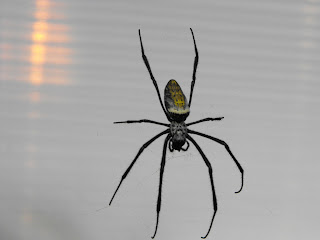 Flies were caught in sticky webs
And a good time was had by all. 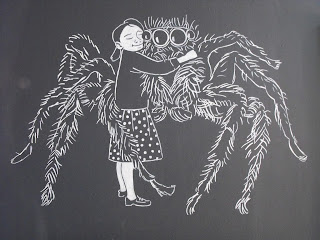 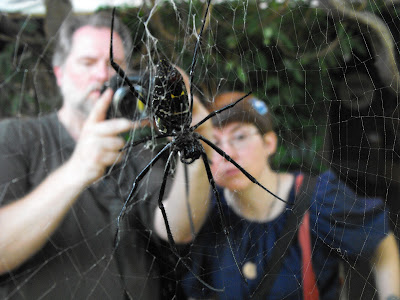 Feelin’ hot, hot, hot! (10)
Unnaturally vivid orange ice-lollies (with no orange in them at all) 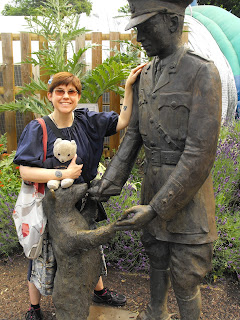 While we loved being back in the big city there was so much pollution and rushrushrushrushrush that we were glad to get back to the slow life and the clean air of Cymru.

My heart fluttered when I saw the first signs in Cymraeg. (13)


As the sun set over Swansea we asked each other:

And the only thing to say was

Hapus iawn, gyda ti. (15)
Happy 25th.
(1) you can come too if you are willing to spend around £25 per person. We got in free as Spiderman used to volunteer there for many years taking care of birds.

(2) As I said, Spiderman had connections. We got to go into the “backstage areas” of Penguin Beach with a keeper friends of his.

(3) Puddle (featured in picture above with Spiderman) was a hand reared chick who was very people friendly. We had hoped Spiderman and Puddle could have seen each other to see if he remember him since it had been three years, but Puddle was in a nesting box on the other side of Penguin beach and therefore inaccessible.

(4) Never fear! We got to go into the creche where they were hand rearing some chicks and got to meet the son of Puddle! (in the photo) And the word cwtch means cuddle in Welsh.

(5) We went to meet some year-old penguins who were VERY inquisitive. Two of them spent a great deal of time waddling under my skirt and nipping at the hairs on my legs. I am reliably informed that this is good as they are preening me, as if I had feathers and were part of the colony. So, I am “one of them.”

(6) We went to through the walk-through Spider Enclosure. It was as awesome as you’d expect. Jamie (the keeper featured in the film) was there and gave us more “backstage tour.”

(7) a little boy was in the entrance looking at all the spiders and the fascinating scientific information in the outer part and really wanted to go into the walk-through but his mother said “NO. WE’RE NOT GOING IN THERE. IT IS DISGUSTING IN THERE.” We were about to offer to take him in with us when she snatched his hand and dragged him out. It upset us because she planted the seed of fear and disgust.

(9) Spider selfie! They had a mirror behind the spider and her web so you could get a selfie. Also, there was a tiny male on her web, but alas! We didn’t see him get any action.

(10) It was really hot. Have I mentioned this before???? The only frozen vegan ice lolly was this artificial orange one. It was delicious.

(11) This is a statue of Winnipeg the bear who was the inspiration for Winnie the Pooh. I am (of course) holding my bear Laurence in the photo.

Posted by Heather Tisdale at 00:28