Our inner child
The books to read (2)

Hobnobbing with authors and illustrators (I’m your biggest fan) (3) 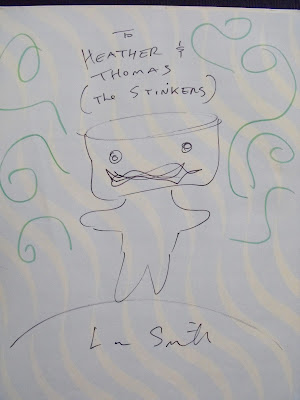 Oh man! What is that funky smell? Squids will be squids, after all. (4) 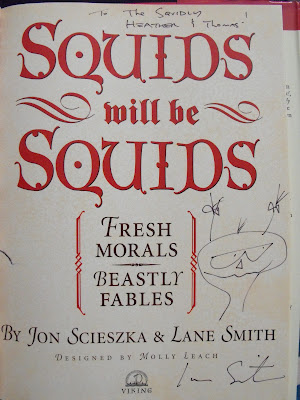 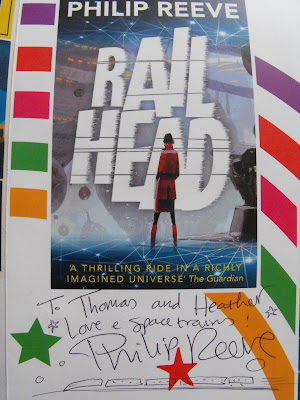 Sentient trains, (5) which arrive before I count to fifteen (6) 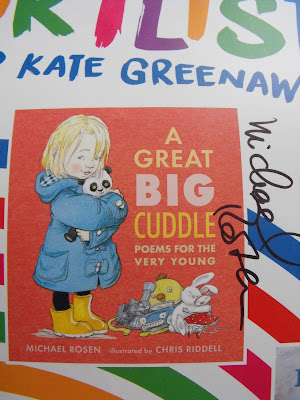 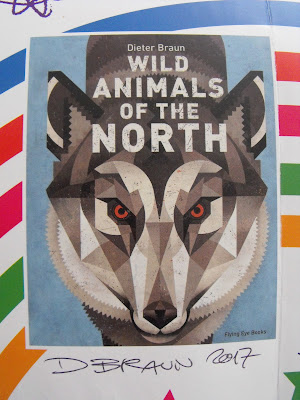 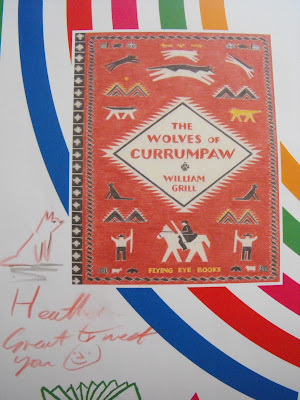 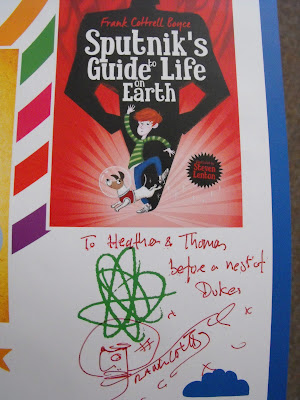 Smile! Before a nest of Dukes (in the forest of the night) there was an alien from outer space. (8) 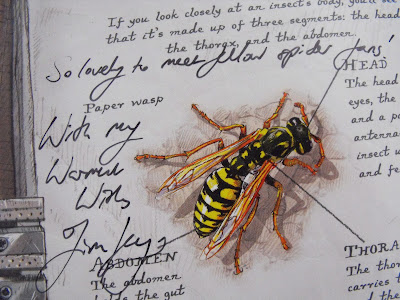 Aragog is not the only spider. (9) 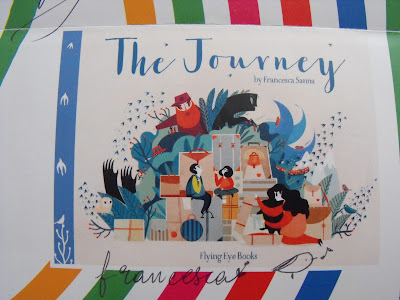 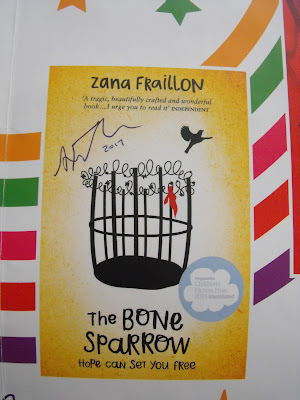 Drumroll please…and the winners are: 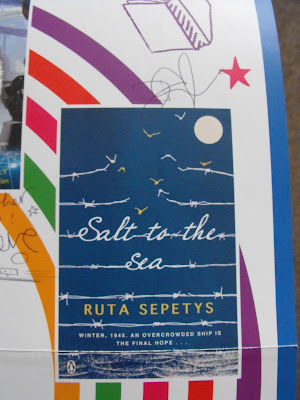 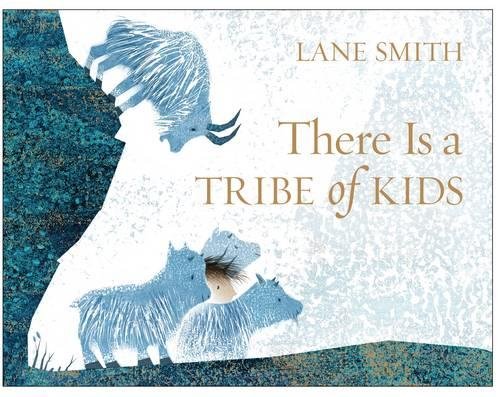 Then Planet Organic picnic barefoot in the garden (13)
Cherry stained fingers and {birdsong}
(1) We are big children’s literature fans, so this day was all about the things we like the best. This line is actually from the Prime of Miss Jean Brodie and we use it all the time to emphasise how what we enjoy is not always what others enjoy.

(2) We read well over 100 books (all that our library had) that were nominated for these awards and then tried to pick who would make the long list and the short list.

(3) Lane Smith was there!!!!!! He is from America, so weren’t too sure if he would make the effort to come all this way and he did! We’ve been fans of his illustrations for 25 years.

(4) On the off chance that Lane Smith would be there we brought our copies of The Stinky Cheese Man and Squids Will Be Squids for him to sign. He was pleasantly surprised as they are really old (Stinky Cheese Man was published the year that we got married.)

(6) Michael Rosen, who chose the poems for A Great Big Cuddle, but will always be remembered by us for his poem Before I Count to Fifteen which appeared in one of the first issues of Cricket Magazine.

(8) Author Frank Cottrell Boyce who wrote 2 Doctor Who episodes (Smile and In the Forest of the Night) as well as the nominated book Sputnik’s Guide to Life on Earth. But we love him for his freaky futuristic adaptation of the Jacobean play The Revenger’s Tragedy which starred Eddie Izzard. There is a nest of Dukes, indeed.

(9) Jim Kay, illustrator of all the new heavily illustrated Harry Potter books (drawings on nearly every page) but we surprised him with one of his earlier books which was a pop up science book called Bugs which features a number of perfectly rendered tarantulas. He was thrilled to see the book. He said it was one of his favourites. We had a long discussion about all of our childhood fascinations with spiders and insects.

(10) The Amnesty International awards for books that promote human rights went to The Journey by Francesca Sanna and The Bone Sparrow by Zana Fraillon.

(11) Salt to the Sea by Ruta Sepetys all about the largest maritime tragedy in history that no one knows about. It is about the sinking of a ship containing 10,000 refugees being evacuated during WWII  that was meant to hold 1400.

(12) Lane Smith won!!! Perhaps the reason he came all the way across the sea. This line is adapted from his book the Happy Hocky Family and one that Spiderman and I have used endlessly for emphasis over the years.

(13) the Hot Hotel had a lovely shady garden and we had a cool picnic under the shade of a tree with birds serenading us. We had lots of leftover food from the Quakers and so we supped on ripe cherries until it looked like we had murdered someone.

Stay tuned for the last part of the Magical Mystery Tour.
Posted by Heather Tisdale at 23:06